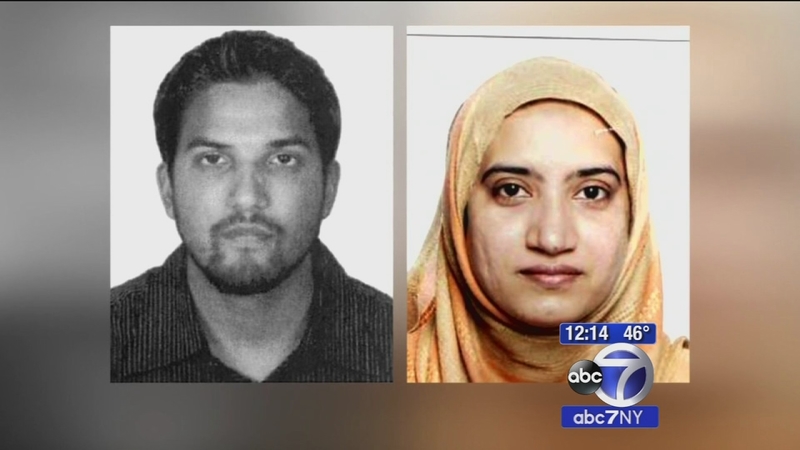 Who was woman at center of investigation in San Bernardino attack?

She started dressing more conservatively, wearing a scarf that covered nearly all her face, and became more devout in her Muslim faith, according to some who knew her in Pakistan.

But her path from there to the bloody events of this past week - when she and her husband slaughtered 14 people in a commando-style shooting rampage - remains a mystery.

FBI officials, family lawyers and others said they know little about the 29-year-old housewife and mother, apart from what came to light on Friday: that Malik had pledged allegiance to the Islamic State group on Facebook as she and her American-born husband, Syed Farook, 28, went on the rampage.

The turn in the investigation raised a host of questions, among them:

- If the couple was radicalized, when, where and how did it happen? Were they influenced by Islamist material online or direct contact with extremists?

- If it happened before Malik came to the U.S., did counterterrorism authorities miss any warning signs when they investigated her before approving her visa?

- Which of them was the driving force in the attack?

"Malik seems to be a very nebulous figure," said Natana DeLong-Bas, an assistant professor of theology at Boston College. She said the case should cause people to rethink some of their assumptions about extremism.

"We always seem to assume only a man would be capable of making a terrorist attack," DeLong-Bas said. "Because we know so little about Tashfeen Malik, it's possible she might have been the main organizer in this event and talked her husband into doing it."

Husband and wife were killed in a furious shootout with police hours after they armed themselves with assault rifles and opened fire on a gathering of Farook's colleagues from the San Bernardino County health department, where he worked as a restaurant inspector. The FBI said it is investigating the rampage as a terrorist attack.

Early Saturday, authorities with guns drawn raided a home next door to the house where Farook's family used to live in Riverside, California, breaking windows and using a cutting torch to get into the garage, neighbors said.

The FBI would not say what it was looking for, but a neighbor said an old friend of Farook's lives there. More than three years ago, that person bought the two assault rifles later used in the shooting, but authorities haven't been able to talk to him because he checked himself into a mental hospital after the attack, said a law enforcement official who was not allowed to discuss the investigation and spoke on condition of anonymity.

The FBI has said the man is not a suspect in shootings, though they want to question him.

U.S. officials said that Farook been in contact with extremists via social media, but one official said those contacts were not recent and did not involve any significant players on the FBI's radar.

FBI Director James Comey said Friday there was no indication so far that the couple was part of a larger cell or was directed by a foreign terror organization.

Farook was born in Chicago to Pakistani parents and raised in Southern California. Malik arrived in the U.S. in 2014 on a Pakistani passport and a fiancee visa but had spent extended periods of time in Saudi Arabia.

She started studying pharmacy at Bahauddin Zakariya University in the Pakistani city of Multan in 2012.

A maid who worked in the Multan home where Malik lived said that Malik initially wore a scarf that covered her head but not her face. A year before she got married, she began wearing a scarf that covered all but her nose and eyes, the maid said. The maid spoke on condition of anonymity for fear of jeopardizing her employment with the family.

A relative of Malik's in Pakistan, Hifza Batool, reported hearing similar things from other family members about Malik, her step-niece.

"I recently heard it from relatives that she has become a religious person and she often tells people to live according to the teachings of Islam," said Batool, a teacher who lives in Karor Lal Esan, about 280 miles southwest of the Pakistani capital of Islamabad.

The Farook family attorneys, David Chesley and Mohammad Abuershaid, said none of his relatives had any indication either Farook or his wife held extremist views. The lawyers described Malik as "just a housewife" and cautioned against rushing to judgment.