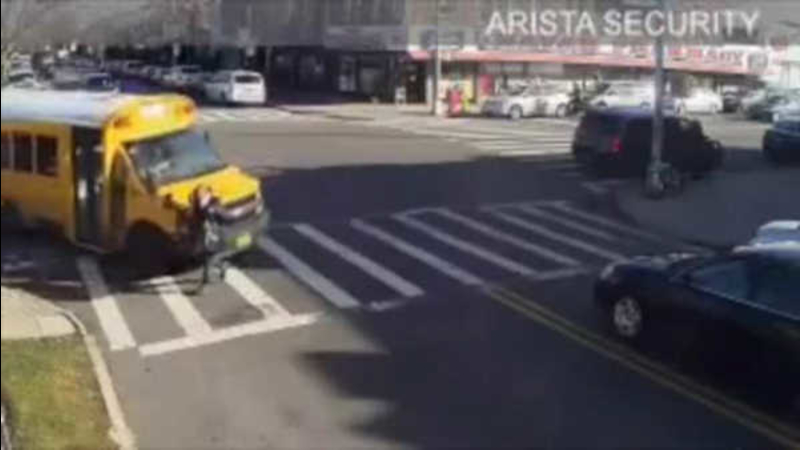 MIDWOOD, Brooklyn (WABC) -- A woman was run over by a mini school bus while she was crossing the street in the Midwood section of Brooklyn.

"We literally heard like 'boom!' That's why we all ran out," says eyewitness Diana Riger.

Riger was working at the pharmacy across the street when the accident happened on Friday afternoon on Avenue M by Nostrand Avenue.

The victim was partially wedged under the front wheel of the bus. 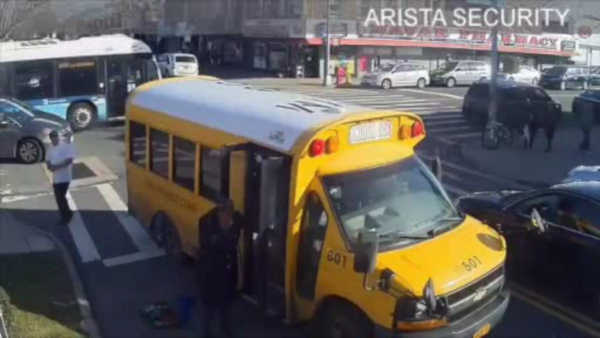 "Like ten seconds later...sirens all over the place," said Elliot Shemesh.

Shemesh is part of the Flatbush Safety Patrol, a volunteer watch group that is charged with making sure everyone in the neighborhood gets home safely. The group says what's disturbing to them is that it is hard to imagine that the driver of the mini-bus could not see the woman crossing the street.

The driver works for the Y & M Bus Corporation in Brooklyn. Eyewitness News was unable to reach them for comment.

Police say the driver was not arrested, and was not issued a summons. Witnesses say the driver and a female coworker on the bus both remained on scene and tried to help the victim.