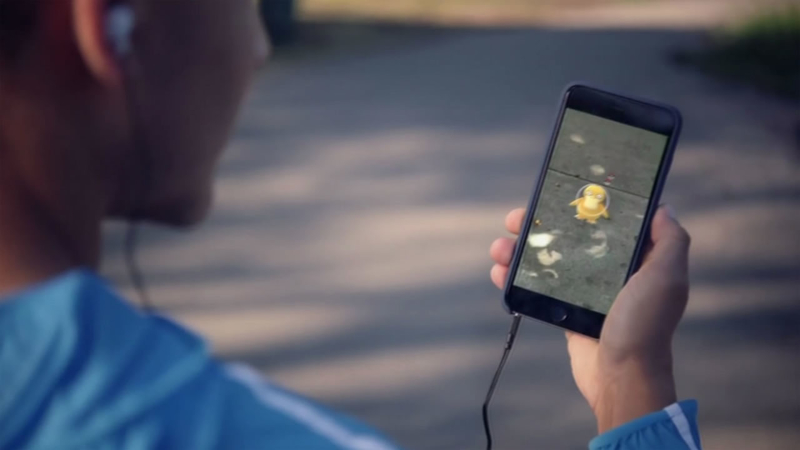 Can 'Pokemon Go' be harmful to your health?

RIVERTON, Wyoming -- Authorities in central Wyoming are investigating after a woman playing the popular smartphone game Pokemon Go found a man's body in a river.

Shayla Wiggins was only looking for Pokemon, but never expected a new app might lead her to find a body.

"I woke up this morning and I wanted to go get a water Pokemon," she said. "So I just got up and went for my little walk, a walk to catch Pokemon."
Instead, the enthusiastic Pokemon Go user found a body lying face down in a river.

Wiggins says she was "really scared," and called 911.

"They told me to wait up at the highway for a police officer," Wiggins said.

Fremont County Sheriff's Department Undersheriff Ryan Lee says the body of an adult male was found face down in the water.

The Pokemon Go app allows players to catch creatures in real life terrains using a smart phone. In this case, Wiggins was under the bridge searching for a water-dwelling Pokemon when she found the body.

Wiggins says the gruesome find, however, will not deter her from playing again.

"I might go get a water Pokemon," Wiggins said. "I'm going to try."

Lee says the death appears to be accidental and possibly a drowning. He says evidence indicates the man went into the water where he was found.

The victim hasn't been identified pending an autopsy. Lee says the FBI is helping in the investigation.

It comes as police in Missouri say a group of teens used Pokemon Go to lure victims to a location and rob them.

Police said Sunday that four teens used the game to draw victims to a spot in O'Fallon, just outside of St. Louis, and then robbed them.

The St. Louis Post-Dispatch reports police arrested the four teens after responding to a call for a robbery near a gas station Sunday. The suspects are between the ages of 16 and 18.

Police said the suspects may have been involved in similar robberies around St. Louis.