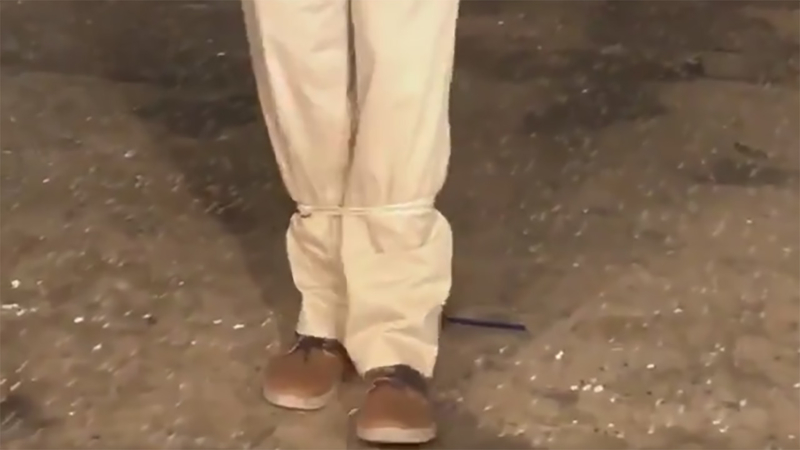 A company called Wrap Technologies on Tuesday demonstrated the device for Yonkers police and representatives of other Westchester County departments.

The BolaWrap fires an 8-foot cord with metal prongs on each end at 610 feet per second. The bola-type tether made of Kevlar wraps itself around the arms or legs in a fraction of a second, making it easier for police to restrain a subject.

The device is meant to be used in situations where deadly force is not warranted, such as a suspect with knife or a gun. But unlike other non-lethal options like batons, tasers or pepper spray, the BolaWrap does not inflict pain.

Company officials say the device is useful in dealing with emotionally or mentally disturbed individuals.

"Causing pain to somebody who is in a mental health crisis doesn't solve the problem, they still have mental health issues," said Mike Rothans, of Wrap Technologies. "Our idea is to restrain them in a more humane way."

Each device costs less than $1,000, and Yonkers police may soon launch a pilot program to test its effectiveness.

"We're excited about it," Yonkers Police Commissioner Charles Gardner said. "It seems to work and it gives the officer another less lethal option."