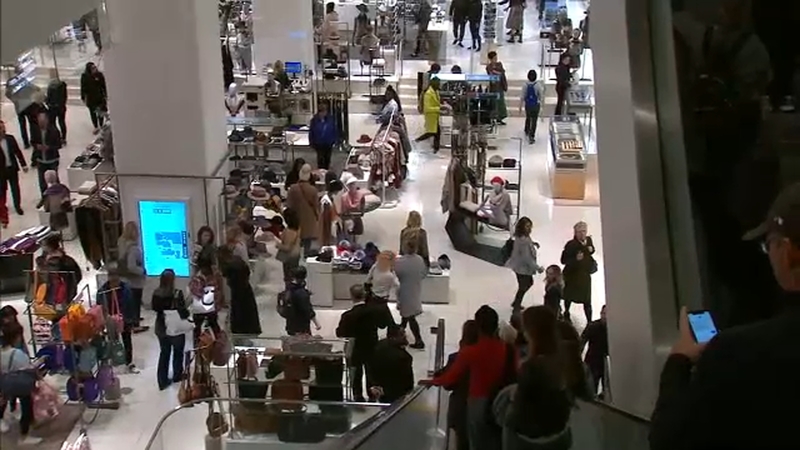 The seven-level luxury store opened at 57th Street and Broadway and features 320,000-square feet of women's clothing and accessories.

It also has the largest beauty department of any Nordstrom store in the country.

"It's craziness," said Taylor Olsen, in town from California. "It's chaotic. The energy is out of balance."

It's located across the street from the 47,000-square foot Nordstrom Men's Store, which opened a year and a half ago.

The modern, world class store was seven years in the making, and the opening is a proud moment for co-president Erik Nordstrom, the company founder's grandson.

"What makes New York great is all the eclectic elements that come together and bring energy that's unlike any other place," he said.

And with so many retailers going out of business, many New Yorkers are just excited to have this one coming in the heart of Midtown.

"It has everything," one shopper said. "You can get a drink while shopping, what's better than that?"

That's because in addition to seven places to eat, it also has two bars. And you can shop, eat, and drink with your furry friend.

The store is also hosting a block party Saturday, shutting down Broadway between 57th and 59th streets, to continue the grand opening celebration with live music, entertainment, food, giveaways, and activities.