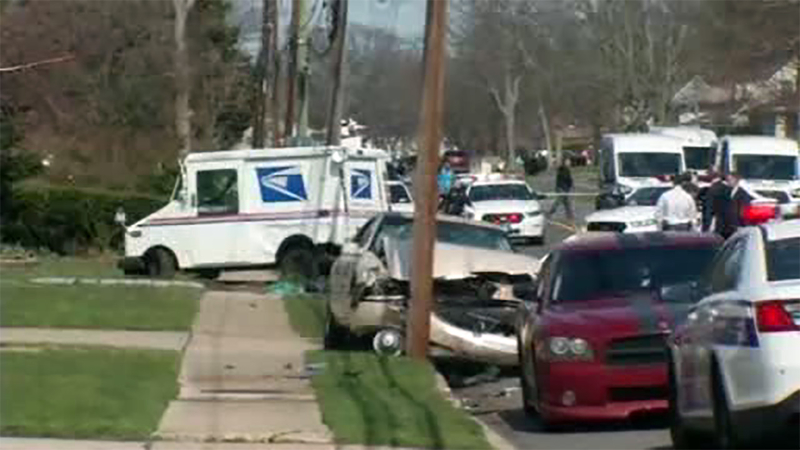 Long Island postal worker hit by car while on the job

NORTH BABYLON, Long Island (WABC) -- A U.S. postal worker is in critical condition after an out-of-control car pinned him against his own truck on Long Island Tuesday.

Authorities say the victim was standing at the back of his truck going through the mail on Prairie Drive in North Babylon around 2 p.m. when the Lincoln Continental veered off the road and struck him.

"I was in my house, and I heard a boom," neighbor Jason Lesley said. "Then, about three or four seconds later, another boom, then what sounded like a shot of water coming up. And I was realizing the hydrant being under the gentleman's car."

PHOTOS: Scene of crash where postal worker was struck

The victim suffered extensive injuries to his legs and was airlifted to Stony Brook University Hospital.

"I came outside and I saw a car smashed into my telephone pole," said Lesley, a registered nurse at Jamaica Hospital. "I saw my mailman about 30 feet down the block laying on his side. I thought he was deceased. He wasn't moving...I walked up to him, and his leg was severed. It was completely off."

The driver of the Lincoln also struck a fire hydrant and a telephone pole. He or she refused medical attention at the scene.