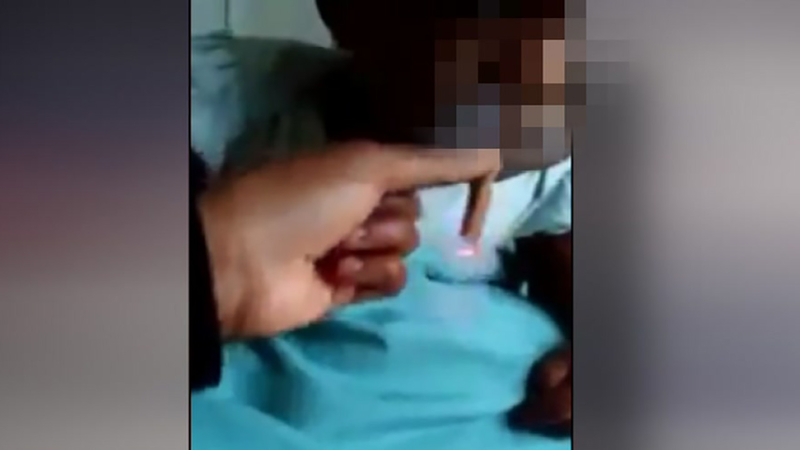 RALEIGH, North Carolina -- The 20-year-old mother of a baby seen smoking in a viral video on Facebook has been arrested and faces multiple charges.

According to the arrest warrant, Brianna Ashanti Lofton helped her 1-year-old daughter smoke marijuana in videos of the child puffing on a cigarillo that garnered millions of views online

Ashanti Lofton is charged with two counts of felony child abuse, contributing to delinquency and possession of marijuana.

Authorities were alerted Wednesday by concerned social media users after two videos of the girl smoking sparked outrage. One of the videos showed the hand of an adult off-screen holding the cigarillo to the girl's lips. The child makes a cooing sound, appears to inhale and lets out a puff of smoke before turning toward the adult with an expressionless look.

The newly released warrant said the mother inflicted harm by having the child inhale marijuana smoke from a blunt more than once over a two-month period starting last December.

The Raleigh Police Department has arrested the mother of the baby seen smoking in a viral video on Facebook.

Ashanti Lofton was taken to the Wake County Detention Center. The baby has been placed with Wake County Child Protective Services.

Raleigh residents and others began posting the video and comments on the Department's Facebook page.
"We appreciate the public's help in this matter," RPD Lieutenant Jason Hodge said. "We welcome and encourage any assistance the public is willing to give us at all times."

An account holder whose posting was seen by millions said he reposted the video hoping the woman would be held responsible. He included a message urging her arrest.

The user, who identified himself as Rasheed Martin of Rochester, New York, said he doesn't know the mother and first found out about the video when a friend shared it online. He said in an interview Wednesday that once other users saw the video and alerted him to the mother's own social media account, he posted screenshots of that, too, "so everyone could know exactly who...did that to the poor little girl."

(The Associated Press contributed to this article)