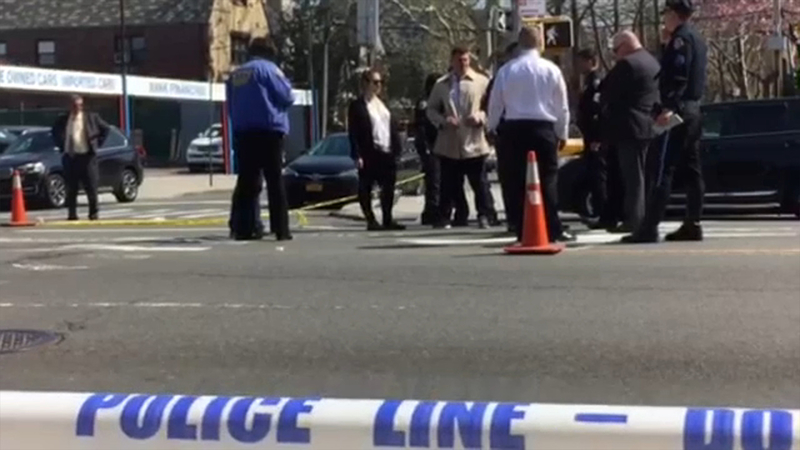 WOODSIDE, Queens (WABC) -- A busy thoroughfare in Queens that has been a problem for years is finally getting some attention.

Transportation officials are actively discussing safety upgrades for a stretch of Northern Boulevard.

"Northern is just the Wild, Wild West," said Jackson Heights resident Clarence Eckerson, Jr. "We've been to a lot of memorials for people who have been killed."

That includes four pedestrian deaths so far in 2018. The victims include children.

Officials are now soliciting ideas on how to make this four-and-a-half mile stretch between Queens Plaza and Grand Central Parkway safer.

"The ideas are open-ended, but I think you can look to Queens Boulevard to see the kinds of things we can do," said NYC DOT Commissioner Polly Trottenberg.

Formerly called the Boulevard of Death, the city reduced the speed limit on Queens Boulevard. They also removed lanes of traffic and added longer crosswalk times and pedestrian islands.

That happened after the death of 8-year-old Noshat Nahian in December 2013.
His mother back then was beside herself with grief.

"The anguish and the pain on her face that night is a pain that no mother should know, and I hope never to see again," said NYC Councilman Jimmy Van Bramer.

Queens Boulevard hasn't had a pedestrian death since 2014. Residents are hoping the same results can be achieved on Northern Boulevard.

Van Bramer told me he himself lost a loved one on Northern Boulevard 25 years ago. Kevin McGovern was struck and killed when he tried to cross.

"Northern Boulevard has always been too dangerous," he said. "It has always taken the lives of far too many people. And while we can never get Kevin and Noshat back, what we can and must do is to make sure that no one else dies here."
DOT announced the following design workshop locations along the western end of the corridor:

There will be a chance for the public to weigh in on the proposed safety changes.