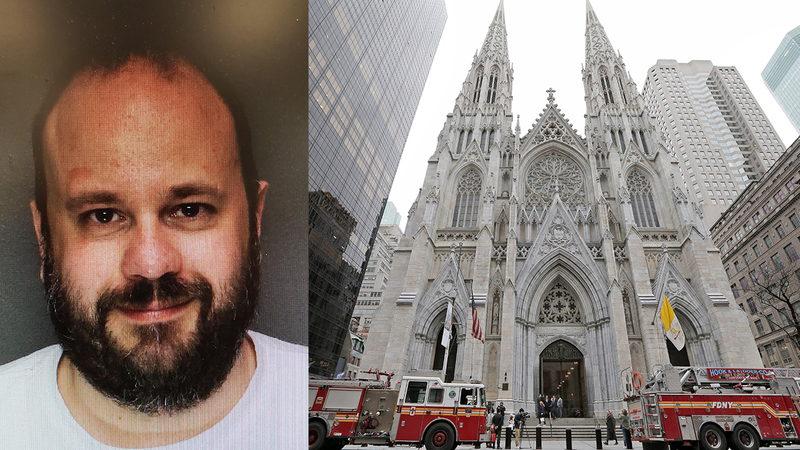 He pleaded not guilty to attempted arson, reckless endangerment and criminal possession of a weapon.

Though Lamparello was stopped before he could do any damage, the attempted arson drew extra attention because it came the same week as the dramatic April fire at Notre Dame in Paris.

Lamparello had told officers he was merely taking a shortcut through the church to reach his car, which he claimed had run out of gas.

The defense planned to assert Lamparello was unfit for trial. His case is due back in court on June 27 for an update on the defense psychiatric expert's report. In the meantime, Lamparello is being held without bail.

According to court records, Lamparello made several statements to police, including: "My name is Marc Lamparello. My car ran out of gas. I don't know where the gas station was. I was just walking through the church. I don't remember where my car is. The Notre Dame fire was not intentional."