There is heightened concern over six acts of vandalism at various Yorktown locations from Friday night into Saturday.

"We are investigating this as a hate crime because houses of worship were targeted and religious symbols were also targeted," Yorktown police Chief Robert Noble said.

Police are revealing that a car of interest was captured on camera leaving the John C. Hall Library in Shrub Oak on Friday around 11:30 p.m. 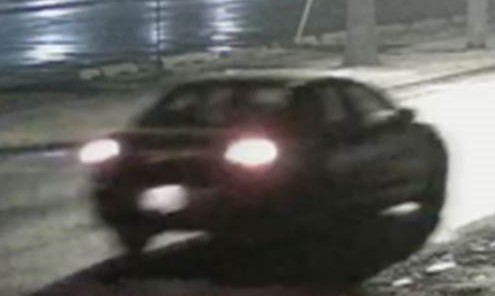 Officers at the scene discovered several broken windows, which have now been boarded up.

Not too far away, police also found shattered windows at St. Patrick's Old Stone Church and at the First Presbyterian Church of Yorktown, thought to be between 100 and 150 years old.

"Our concern, however, that we also talked about, is that we not respond to this attack in the way in which it was done to us, with the same kind of violence," co-pastor Chip Low said.

Detectives are canvassing for additional video, calling in the resources of the FBI along with the county District Attorney and police investigators.

Area residents are surprised and unnerved by the acts of vandalism.

"That's crazy," one resident said. "Because it's not something you typically hear about happening here."

There was also extensive damage at the Yorktown Stage, where police found four shattered glass doors.

"The theater is very well respected," artistic director August Abatecola said. "It was a huge shock."

Police also found a menorah toppled at a nearby athletic field.

"As we repair the glass, hopefully we all can see clearer," Rabbi Robert Weiner said. "We can see there is hatred, but we can all work together to work and fight against it."