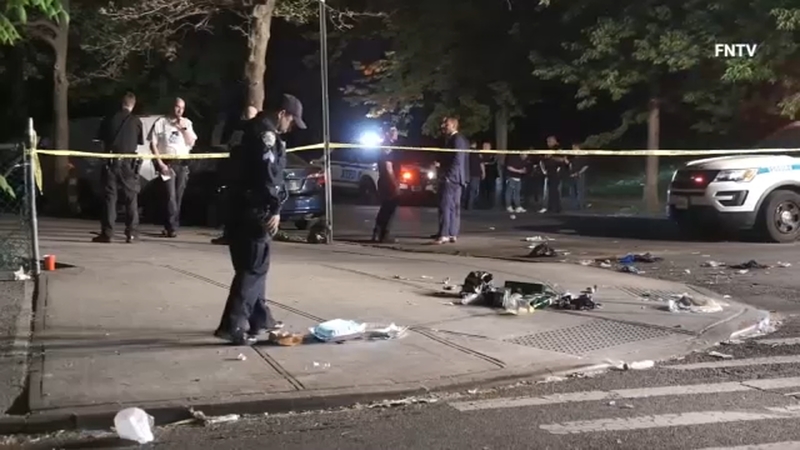 CLAREMONT, The Bronx (WABC) -- One person is dead and four others were wounded in a shooting in the Bronx Saturday night.

The incident occurred just after 9 p.m. on Webster Ave in the Claremont section.

Police believe the shooting happened at Claremont Park and the rear of a McDonald's.

Upon arrival, officers say they discovered a 17-year-old male unconscious and unresponsive with a gunshot wound to his chest.

EMS responded and transported the male to BronxCare Health System where he was pronounced deceased.

Four other people who were shot walked into Bronx Lebanon Hospital. They are in stable condition.

Marcus Solis reports on the suspects charged in the subway slashing spree in New York City.