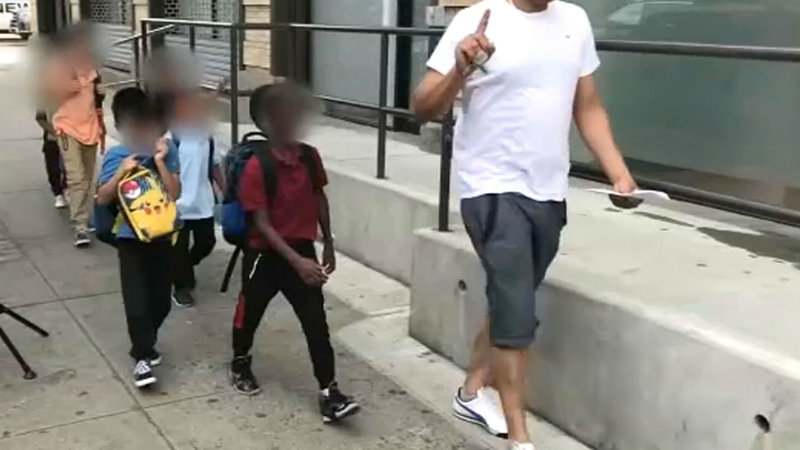 NEW YORK (WABC) -- The New York City Council is investigating what has happened to the young children who haven't yet been reunited with their undocumented immigrant parents.

More than 100 children nationwide under the age of 5 were supposed to be reunited with their parents by 5 p.m. on Tuesday, but so far only 57 of those kids have been reunited.

A number of the kids are in shelters in NYC, and of all those children who have been reunited with their parents, the number in NYC stands at only 12.

On Wednesday, two fathers from Honduras finally saw their children after two months of waiting, but that's just a tiny portion of almost 3,000 kids separated from their parents at the border.

"I think you would all join me in asking what the hell is going on in our country?" NYC Council Speaker Corey Johnson said. "Turning our backs on those in need is un-American."

At a City Council hearing on Thursday, council members learned:

Rev. Kevin Sullivan, the head of the Catholic Charities, ripped the Trump Administration's policy and ridiculed the attorney general for calling a policy of cages and family separation as one based on biblical interpretation.

"I also don't know my bible as well as the Attorney General of the United States," Sullivan said.

Catholic Charities, Lutheran Social Services and the Cayuga Center testified the children are well-cared for, in class during the day and with foster families at night. They agreed many of the kids may suffer long-term physical and emotional trauma.

"And as painful proof of this we know that at least in one of the cases in which a separated child was brought into one of our city emergency rooms it was because of a case of attempted suicide," council member Mark Levine said. "So let that sink in."

Twelve children in NYC have been reunited with their parents and another dozen more are waiting to be reunited. That means 325 kids between 5 and 18 years old are going to have to wait longer to see their parents again.