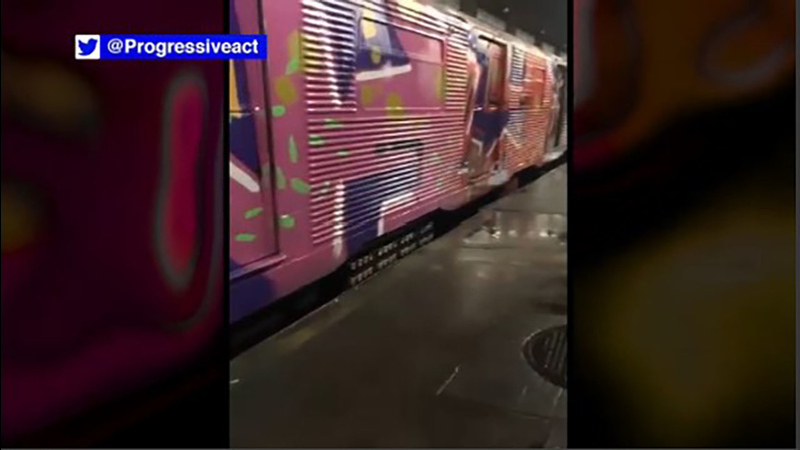 "Those trains were in a location that was not directly part of the yard," MTA New York City Transit's Senior Vice President of Subways Sally Librera said. "We're working very closely with the NYPD to make sure that we're doing everything we can do and that they're doing everything that they can do to keep our fleet safe."

The cars were parked near the Jamaica Yard in Queens, transit officials said.

Photos of the trains covered from top to bottom in spray-paint, which apparently happened over the weekend, were posted to Twitter Monday.

Questions remain as to how someone could gain access and for a long enough period to cause this amount of damage.

The vast majority of major graffiti occurs while the trains are stored overnight on tracks between stations.

It can take up to a week and several thousand dollars to restore a train covered in graffiti.

"That takes our resources away from other critical work and other work that we could be doing for customers," Librera said.

The NYPD is investigating this latest incident and recently revealed that New York City is a favorite target of graffiti artists.

"We certainly have homegrown people that do graffiti from time to time," New York City Police Commissioner Dermot Shea said. "But we also have people that do this for a living and they come here and they travel from city to city."

Police are looking for suspects.

The NYPD is also investigating a video circulating on social media that shows three men taking motorbikes onto a subway car.