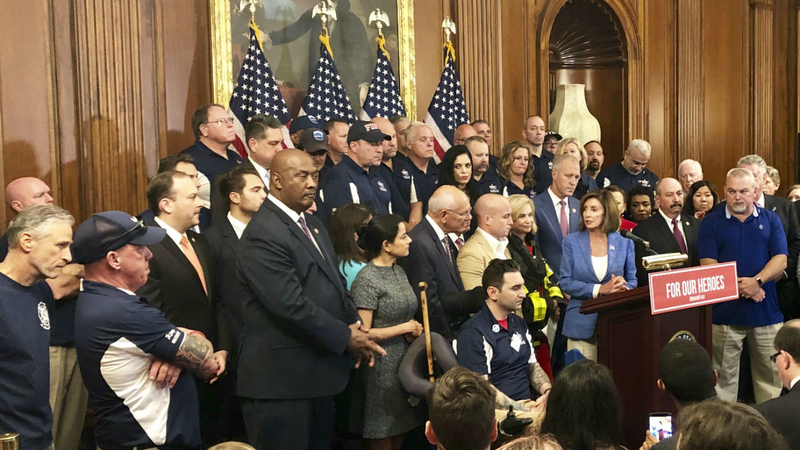 NEW YORK (WABC) -- New York City could host a Canyon of Heroes parade to honor 9/11 heroes if a New York congresswoman has her way.

Maloney's request comes as the House and Senate both voted to permanently authorize the September 11th Victim Compensation Fund. President Trump plans to sign the bill into law Monday.

"Each day, sadly, brings news of another funeral for one of the men or women who rushed to the aid of their fellow citizens and our country," Maloney wrote. "It is with this in mind, that I request that you host a parade down the Canyon of Heroes in which our city can once again pay proper tribute to those who took care of us on 9/11 and in the days, weeks, and months following the attack."

"Rather than wait for eulogies to honor their service - and the sacrifice of all the 9/11 survivors - let us take this moment to celebrate their legacy of valor while they can be present to participate in it," Maloney continued.

Mayor Bill de Blasio said he thinks the parade is a great idea and his administration will ask first responders and their families if they want it.

"This is a great idea to honor our 9/11 first responders. We'll be reaching out to families, first responders and advocates to put on a world class event to honor these heroes," a spokesperson for the mayor said.

New York City most recently hosted a parade to honor the U.S. Women's National Soccer Team for its World Cup championship. However, the Canyon of Heroes also has a long tradition of honoring military service members and other national heroes.