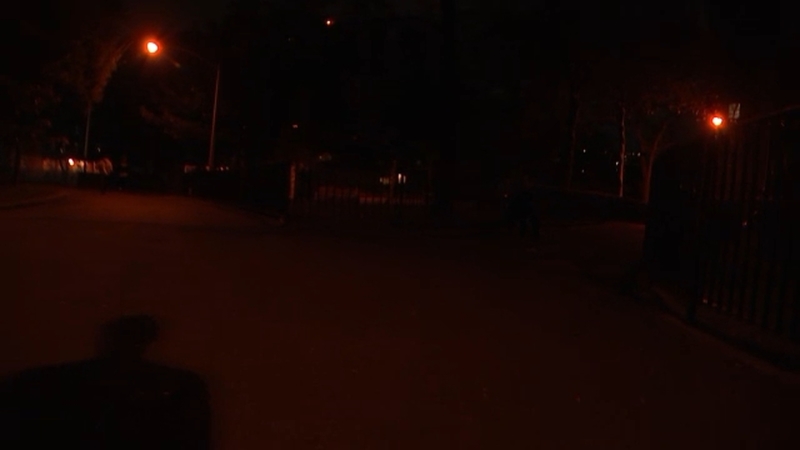 The Cypress Hills Houses are comprised of 15 apartment complexes on a 29-acre property connected by walkways lined with streetlights for safety, but residents said those lights haven't been working, leaving them to wade through the dark.

Cellphone video captured by residents illustrated the utter darkness making it hard to see anything or make out other people on the path.

"It's pitch black," said Dwayne Faison, president of the resident association. "Anything can happen. You can't see anything. Where is NYCHA? Where is NYCHA?"

Faison said he and his neighbors had to use flashlights for their safety.

"You can't see if anything is coming towards you," said Chantel Rivers, another resident. "It's very unsafe."

Eyewitness News compared NYPD crime data for the relative time frame residents said the lights have been out to the same time frame last year and found index crimes had climbed nearly 11% at the Cypress Houses, even index crimes citywide dropped over 3%.

Reports of robberies were up 25% and reports of rape had increased by 200%.

"I mean you either get in, or if you are out, you stay out," said Mattie Hill, vice president of the resident association. "It's not safe coming in our going out."

Trouble keeping up with work orders isn't new for NYCHA. Mayor Bill de Blasio identified it as a key area for improvement in his 2019 yearly report.

According to data from NYCHA, the length of time the agency required to complete non-emergency repairs has climbed by 32% in the last three years.

Eyewitness News obtained complaints from residents about the lack of lighting going back to December 2018, but in an email, an NYCHA spokesperson claimed the agency had only learned about the problem in the "summer 2019."

The same week we started asking questions about broken exterior lights throughout the property, workers for NYCHA came to fix the lights.

A spokesperson also promised to continue "to inspect exterior lighting" and "address any subsequent issues."

While Faison and his neighbors appreciate the repairs, they say they wonder how long the lights will last.

"We deserve better and as a matter of fact, we demand better," Faison said. "The message is obvious, NYCHA don't really give a good darn about you."

"It's taken them so long to get just this little bit. What's going to happen in the future? That's the question," Hill said.

Improving exterior lighting at public housing complexes throughout the city was part of the mayor's plan to increase safety in public housing announced over two years ago. Residents complain that the plan has been slow to reach everyone the housing authority serves.