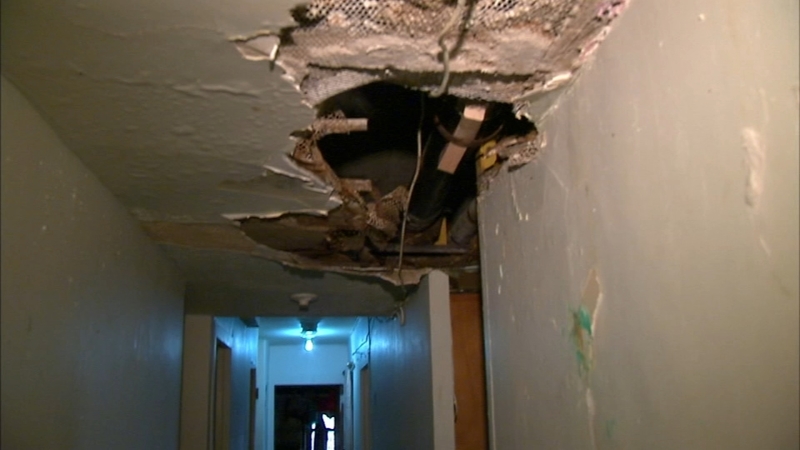 NEW YORK (WABC) -- NYCHA residents and advocates got a chance to have their voices heard during a hearing Wednesday on the horrendous living conditions at public housing complexes across the city.

More than 100 residents were invited to share their stories on exposure to toxic mold and lead paint in front of a federal judge in Lower Manhattan.

That judge will be deciding whether to move forward with the federal government's plan to clean up the city's Housing Authority.

Tenant's Association president Carmen Quinones discussed just a few of the many problems inside the apartments at the Frederick Douglas Houses on Manhattan's Upper West Side, where there is mold in the bathroom, leaks under the sink, roaches in the kitchen and paper-thin walls.

"We know more about housing than the people who actually work there, which is the New York City Housing Authority," she said. "We're teaching them."

The federal government sued NYCHA in June, claiming the agency had violated federal health and safety regulations, including regulations requiring NYCHA to protect children from lead paint and provide safe and sanitary housing.

But many tenants want more than just federal oversight. They also want a court-appointed ombudsman. Fr. Frank Shelly testified on behalf of many Spanish-speaking NYCHA tenants.

"They come to our church, and we want someone really with official clout that they can go to," he said. "And that person can talk to the high level of NYCHA and say, 'This is going wrong.'"

Additionally, the federal government alleged that NYCHA repeatedly made false statements to the Department of Housing and Urban Development regarding its lead paint compliance.

"My kids were sick every day last year," tenant Zakya Williams said. "Every day, my kids were sick. And I was pregnant at the time. So it's just horrible, horrible."

NYCHA entered into a settlement agreement that imposes a federal monitor over the agency and requires the city to provide $1.2 billion of additional capital funding to NYCHA over the next five years and $200 million every year thereafter until the problems are fixed.

That settlement is subject to the review and approval of the court.