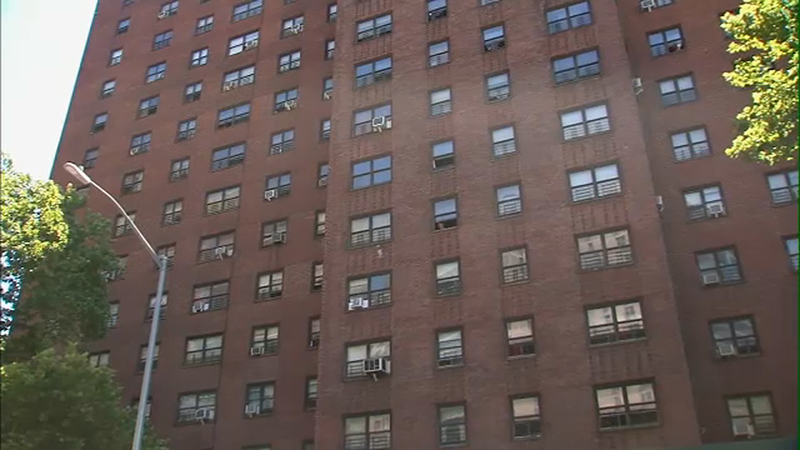 MELROSE, Bronx (WABC) -- Public housing residents in the Bronx have been left frustrated and angry after yet another power outage at a NYCHA complex.

On Monday night, residents in five of the seven buildings at the Jackson Houses in the Melrose section were left without power -- meaning no air conditioning on one of the hottest nights of the summer.

It is the second time in a week that a housing complex suffered an outage.

The outage also stopped elevators in affected buildings, leaving some residents in wheelchairs without a way to get home or out of their sweltering apartments.

Officials say the issue isn't with Con Edison's delivery of electricity, but with NYCHA's power distribution.

Portable generators are now being used in the five buildings.

Residents said that they had been a fixture for months and were removed just last week with repairs seemingly complete, until Monday.

The crumbling infrastructure throughout the city's public housing has been a focal point, with city and state officials arguing over the best way to make repairs.

NYCHA said the primary issue is with a defective high voltage transformer and that the problem has been patched, but residents wonder how long that will last without a permanent fix.