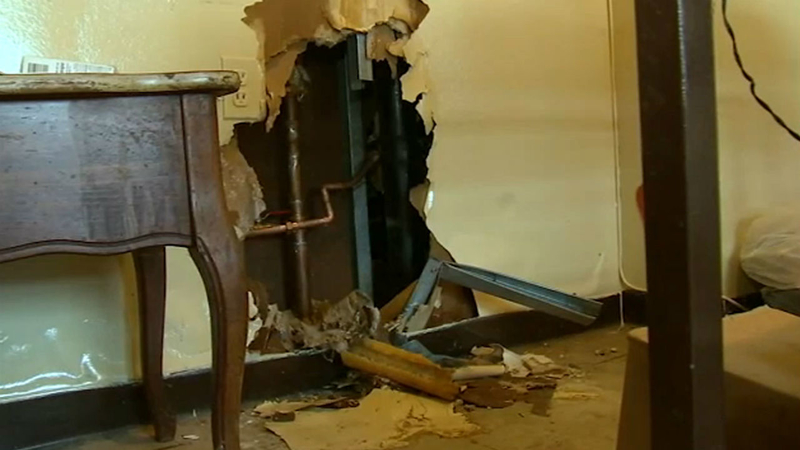 MELROSE, Bronx (WABC) -- Residents at a public housing complex in the Bronx woke up Wednesday to a fourth day of flooding in their building.

Tenants on the17th floor of the Morrisania Air Rights Complex on Park Avenue used mops and brooms to sweep away water that was spewing out of one apartment.

The trouble started Sunday when a water pipe burst on the 20th floor of the building.

Each time, tenants experienced flooding in their apartments and damage to their belongings.

A NYCHA spokesperson said Wednesday's incident was not because of a new break, but the result of a damaged pipe after someone attempted to steal a washing machine out of an apartment on the 17th floor.

The damaged pipe then allowed water to spew out onto the floor.

The NYCHA spokesperson said the flooding was confined to the 16th and 17th floor.

Tenants said city crews had broken open the door of an apartment during Monday's leak and had not replaced the lock, leaving it vulnerable to a break-in.

According to residents, the person who lives there is currently staying at a nursing home and has not been available to secure the unit.

A new lock for the apartment has been requested.

NYCHA employees arrived on Wednesday to mop up the water and clean up the mess.