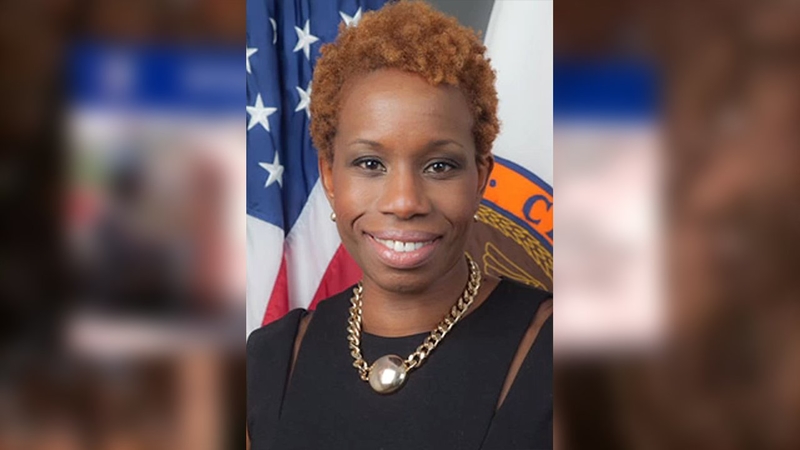 NYCHA chairwoman to be grilled by NYC Council over lead inspections

NEW YORK (WABC) -- The embattled head of the New York City Housing Authority is expected to be grilled by the City Council on Tuesday.

Shola Olatoye, who's been the executive officer of NYCHA since 2014, recently admitted that the agency did not perform required lead inspections in buildings from 2012 to 2016.

"When something happens, that's when they are going to address it," said Pat Ryan, a NYCHA resident. "I feel as though that is wrong, and it can kill people."

Ryan says tenants in public housing deserve better, that they shouldn't have to live with the uncertainty of not knowing whether the paint in their apartments contains lead.

NYCHA has sent lead inspectors scrambling, ever since a report from the city's Department of Investigation revealed that inspections did not take place for years.

Despite the fact that officials certified to the U.S. Department of Housing and Urban Development that the inspections had taken place.

"At the end of the day it's a hardship for everybody, the residents are paying for NYCHA's mistake," Monica Corbett, a NYCHA tenant.

Multiple agencies are now investigating the scandal, including the U.S. Justice Department.

The agency has ordered a shakeup. Two of the NYCHA's top operations and technical supervisors were forced to resign and the CEO of NYCHA, Shola Olatoye, will be called to testify Tuesday before the New York City Council.

Mayor Bill de Blasio, who appointed her to the position, has defended Ms. Olatoye and he continued to do so Monday night.