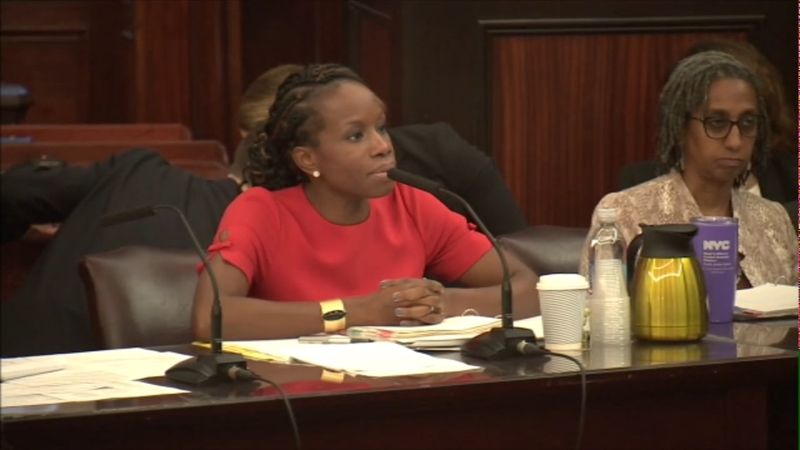 NEW YORK (WABC) -- At City Hall Tuesday, there was booing and anger from the crowd as the head of public housing testified before the city council on lead paint in thousands of NYCHA apartments.

"It's a crisis. This is not Flint, Michigan. I get it. But the fact we're talking about a large majority of children of color it is personal and it is a crisis," said Vanessa Gibson, City Council Member.

Investigators have found top NYCHA officials lied to the feds claiming they'd inspected NYCHA apartments but really had not.

Councilmembers wanted to know when did NYCHA figure out its lie about lead, and why didn't they say something sooner?

"There was no intent to mislead or, or, or deceive our regulators," Olatoye said.

"I've lost all trust in NYCHA at this point in time and I renew my request for your resignation," said Letitia James, NYC Public Advocate.

But NYCHA's boss isn't resigning as the mayor defends her, despite so many questions about who was hurt by false lead inspections or none at all.

"There was no lead inspection in my apartment since I've been in that apartment and my son is 4 years old," said Sharron Paige, a NYCHA resident.

"My child has a speech delay, my child can't focus properly in school, okay they're ready to put my child in special ed," Paige said.