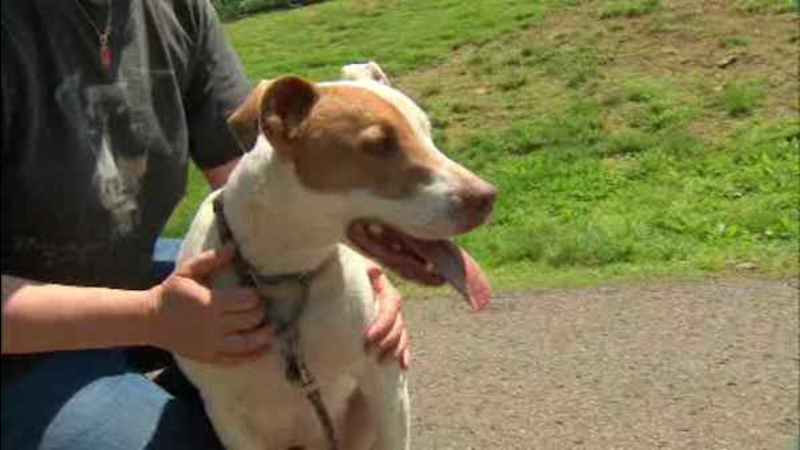 NEW YORK CITY (WABC) -- There is a new effort to protect dogs and their owners from discrimination, with legislation being pushed by a New York state Assemblyman who wants to prevent landlords from banning certain breeds.

If you live in a NYCHA development and you want to get a dog, consider the current regulations. "Specifically prohibited dogs," either full breed or mixed breed, include Doberman Pinschers, pit bulls and Rottweilers.

"Because they very dangerous, they could hurt somebody," NYCHA tenant Awilda Torres said. "A kid or something, you know, I mean it's dangerous."

Sharon Needelman is a pet care professional and the president of the Hi Tor Animal Care Center in Pomona, where 90 percent of the incoming dogs are pit bulls.

"Of all the issues I've had with dogs over the years, rarely has it been at the hands of a pit bull," she said.

As for the city, NYCHA issued the following statement in reaction to the proposal:

"The Authority's current pet policy was crafted with the input of residents, and continues to be informed by statistical evidence and our experiences with animal-related injuries."

Zebrowski said his proposal is on the housing committee agenda next week, and he'd like to get it to the full Assembly and then on to the Senate within the next few months, all with the hopes of having the new law in place by the fall.
Related topics:
new york citydogsnychapetpit bull
Copyright © 2022 WABC-TV. All Rights Reserved.
TOP STORIES
Highland Park parade shooter charged with 7 counts of murder
What we know about 7 victims of July 4th parade shooting
Highland Park 4th of July parade shooting survivors speak out
3 dead, 24 wounded in July 4, overnight shootings across NYC
Exclusive: Man frustrated after house set on fire by illegal fireworks
AccuWeather: Sunny and Warm
What to know if your flight gets canceled or delayed
Show More
Costco begins limiting gas sales to members only in NJ
NYC cracking down on 'ghost cars' with fake paper license plates
Gov. Murphy signs sweeping gun safety law in NJ
Woman hit in the face with firework in NJ, has severe eye injury
Fire outside Long Island mosque investigated as possible hate crime
More TOP STORIES News