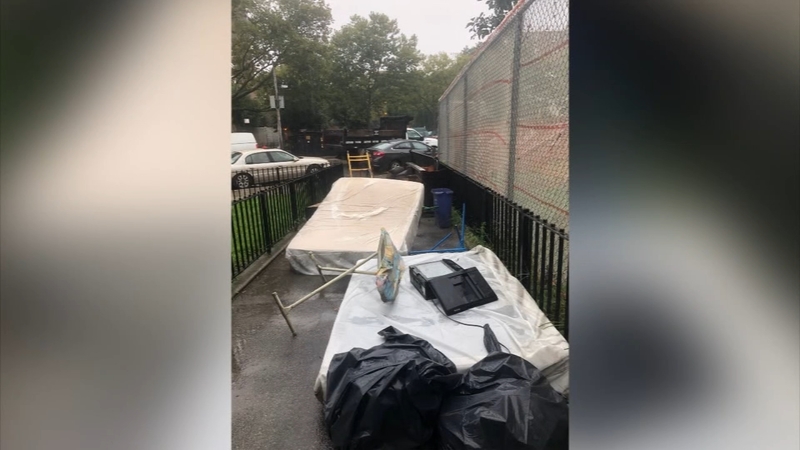 Tenant says belongings were thrown out after deadly fire

CANARSIE, Brooklyn (WABC) -- A woman who survived a deadly fire at a NYCHA building in Brooklyn said she found out officials were throwing away some of her belongings and those that belonged to the man who died.

"They just wrote me off like I had died in the fire," said 71-year-old Lillie Chase.

She feels that she was victimized by NYCHA. Back in March, there was a fire in her first floor apartment at the Breukelen Houses in Canarsie.

Lillie ended up in a coma and was hospitalized for months. Her partner, 84-year-old Bert Jones, was killed.

When Chase was discharged from the hospital, she was given a smaller apartment in the same projects because her burned out home was still sealed from the fire.

"I grew up in that apartment. I was 4-years-old when my mother moved there," she said.

Tuesday morning, the family learned from neighbors that outside contractors had bagged everything in the old apartment and were throwing it away.

"Very heartless. And that's just how they treat people in the projects," said Lillie, who said she never got a call from NYCHA beforehand to come retrieve personal treasures not destroyed by the fire.

But by the time she raced to the apartment, it had all been bagged and was being carted to the dump. Her great niece managed to salvage a picture of Chase.

By the time Bert Jones' son heard about the clean out, it was too late. No sentimental items were left from his beloved father.

"My dad was an avid fisherman. Fished off of Canarsie Piers. He had hundreds of fishing rods," said Negorie Jones. "But I won't have any of that because it was all thrown out."

Eyewitness News reached out to NYCHA to find out what happened, and the agency says it is looking into the matter.