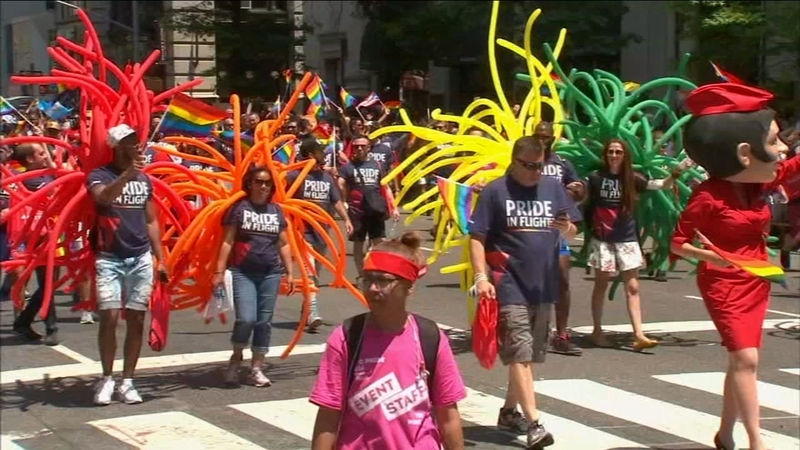 NEW YORK (WABC) -- The NYPD announced a progressive and wide-ranging series of changes Thursday focused on the acceptance of people in the LGBTQ+ community.

"The NYPD is committed to supporting the LGBT community and our employees," Deputy Commissioner for Equity and Inclusion Tanya Meisenholder said. "We have added staffing to our LGBT outreach unit. We have added employees to the hate crime task force."

The department also worked with the Gay Officers Action League to develop a gender-inclusive pronoun guide and update their personnel system.

Additionally, members of the department, if they choose, can provide information on their gender identity and sexual orientation.

"I am delighted we have implemented the changes necessary to make the department more inclusive and sensitive to the needs of the LGBTQIA+ community. It's not easy, but it is critical," Bryan Downey, a member of GOAL, said.

The announcement also comes weeks after event organizers banned all law enforcement from participating until at least 2025, a move that was made as a statement against police brutality.

Organizers say that while they appreciate the steps the NYPD has taken, their decision remains the same.

"What we really want to make sure of is how these steps translate to policy and real action by the day-to-day officers. What does that mean for the people they'll be interacting with?" NYC Pride co-Chair Andre Thomas said.

Thomas is calling for continued transparency and accountability among police.