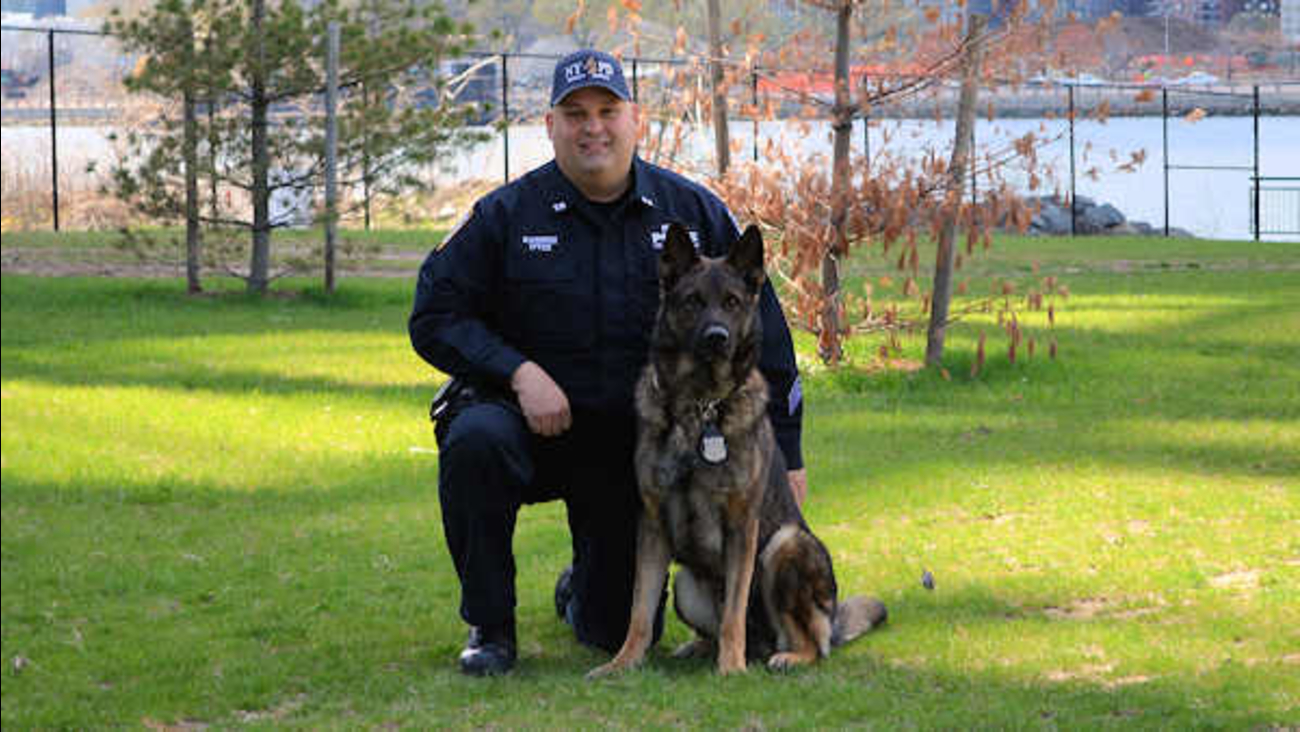 NEW YORK (WABC) -- NYPD Officer Eddie Ramirez and his canine partner remind us that dogs are more than just man's best friend, they are also heroes.

Zane is named in honor of Officer Bobby Zane, who passed away from medical complications due to serving on site on 9/11.

"The canine unit specifically has a patrol function and has a counter terrorism component," NYPD detective Martin Speechley said. "Vapor-wake dogs are often used, who are very good at detecting explosives."

Zane and all K-9 officers technically belong to the city but live with the officers they work with. When they retire, the officers can, and usually do, adopt them.

"It is taken very seriously," Ramirez said. "If you assault a K-9 officer like Zane, it is actually a felony."

German Shepherds, Belgian Malinois and Labrador Retrievers are the only three breeds chosen to train as K-9 officers, which they cannot become until they are about a year and a half old and go through the training process.

"The training process is around six months long," Ramirez said. "Patrol school is about 16 weeks, and EDC (Explosive Detection Canine) training is around 12 weeks. They are two separate classes."

The training staff usually tests 25 to 30 canines at a time, and only about three of those will become officers.

"Some dogs can be great police dogs, but there is something unique about serving in the transit environment," Ramirez said. "And not all dogs can handle that."

Zane and Ramirez have been serving together for a little over a year, after his first dog, Diesel, retired to live at home with his former partner.