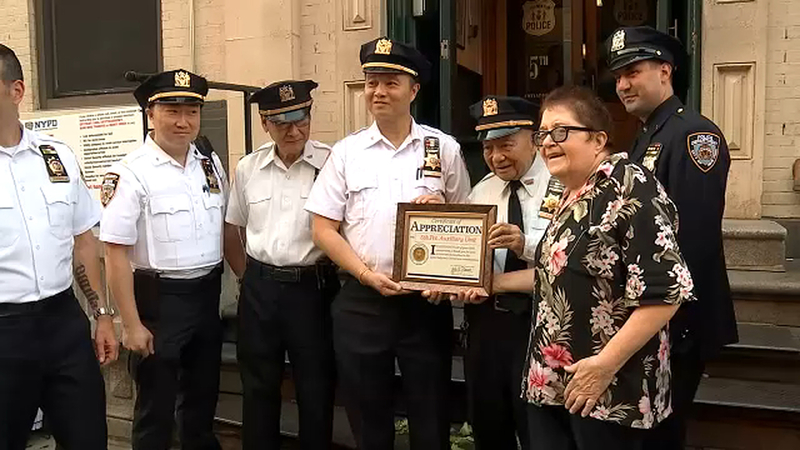 They are two walking time capsules, living pieces of history.

For half a century, they each served Chinatown.

Both were celebrated by the NYPD Tuesday night at the 5th Precinct's National Night Out.

One could argue that this carefree night was made possible by the trails they blazed.

"So many things are unfair in this kind of society," said Chiu Kuen Wong.

He says he patrolled the streets because back then, women were being assaulted out in the open.

So he founded the Auxiliary Police program at the 5th Precinct 50 years ago.

"I decided to do something for the community because it was so inhumane," he said.

Pell Street today is vibrant with restaurants and coffee shops. But back in the 1980s it was known as death alley. It was the focal point of homicide detectives.

And decades ago it was a breeding ground for gangsters recruiting young blood, for extortion, drug and human trafficking.

Today this very same arcade on Mott Street is a safe haven for kids.

NYPD Auxiliary Sgt. Tak Wong learned under Auxiliary Deputy Inspector Wong for more than a decade.
He remembers Chinatown back then.

It was rough. "It's like you turn on the light in a dark apartment, you see all these cockroaches boom!", said Tak Wong.

But he says even the gangs knew who was really in charge.

As for Auxiliary Deputy Inspector Bing Lo, he says always put your community first. He is retiring after being promoted from captain.

NYPD Sergeant Ben Yau got to watch him serve for more than half a dozen years, who learned from him how to connect.

"You gotta listen. Always listen, watch listen and learn and be mindful of who you're talking about," said Yau.