In this Aug. 9, 1977 file photo, John Keenan, chief of detectives, speaks at a news conference at NYPD headquarters after new sketches of the .44 Caliber Killer were unveiled..

NEW YORK -- John Keenan, the police official who led New York City's manhunt for the Son of Sam killer and eventually took a case-solving confession from David Berkowitz, has died.

His death Thursday at age 99 was announced by the police department and Keenan's family. He had been in declining health in the past two months and died of heart failure, said his grandson, Kevin Brennan.

Keenan was the New York Police Department's chief of detectives during the killings, which terrified the city in 1976 and 1977 as an unknown gunman stalked his victims with a .44-caliber handgun, killing six and wounding seven others.

When a parking ticket, issued to a car seen parked near the scene of one slaying, finally led detectives on Aug. 10, 1977, to the Yonkers home of Berkowitz, a 24-year-old postal worker, Keenan was there to confront him.

It was a climactic scene Keenan later recounted many times for journalists.

"I know you. You're Detective - Chief Keenan," said Berkowitz, who had publicly taunted the police with notes during the hunt.

"Who are you?" Keenan asked.

"I am the Son of Sam," Berkowitz replied.

Keenan's work on the case came near the end of a 37-year career with the police department. He announced his retirement five months later when a new commissioner took office and wanted to appoint his own top deputies.

During World War II, Keenan was a lieutenant in the Army's Counter Intelligence Corps. He landed on Utah Beach in the D-Day invasion and participated in the Battle of the Bulge and the liberation of Paris.

Author J.D. Salinger, who was writing "Catcher in the Rye" between battles, was in Keenan's infantry division and became a lifelong friend.

Keenan and his wife, Sara, were married for 73 years. They had met during the war at an Army headquarters where she was working on New York's Governors Island and wed soon after he returned from overseas, Brennan said. Two of their three daughters preceded him in death.

Sara and their surviving daughter were at Keenan's bedside at a hospital near their Rockville Centre, Long Island, home when he died, Brennan said. Years earlier, Keenan had beaten lung cancer, his grandson said. He would have turned 100 in December.

"Truly saddened to learn that former Chief of Detectives John Keenan has passed," the current chief of detectives, Dermot Shea, tweeted Friday. "A life of epic heroism, he stormed Normandy on D-Day, fought in the Battle of the Bulge & later, as the NYPD Chief of D's, took the confession from the Son of Sam. We salute you, sir. #FidelisAdMortem."

Keenan's leadership of the Son of Sam manhunt cemented his reputation as a tough but tactical policeman.

Around the same time, he made headlines for being the first NYPD commander to assign women to the homicide investigation squad - a move he told reporters at the time was "more than just a trend of women's lib."

Female detectives, he said, brought a high level of "tenacity and inquisitiveness" that would only benefit investigations.

"He loved being a police officer, and it was a profession that he took very seriously and that he was very proud of," Brennan said.

"How quickly he rose through the ranks in the police department was a testament to his dedication and hard work but also to his abilities. We're very proud and we always have been of what he did for the city of New York and the people of New York."

Two of Keenan's daughters and a granddaughter followed him into law enforcement as prosecutors, Brennan said.

Searching for the Son of Sam, Keenan oversaw a task force dubbed Operation Omega that by one count involved 75 detectives and more than 200 uniformed officers. He also used televised news conferences to talk directly to the killer, trying to coax him into surrendering.

"Son of Sam: We now know you are not a woman hater - and know how you have suffered," Keenan said at a news conference after the killer identified himself by that nickname in a note left at the scene of a double homicide in April 1977. "We wish to help you, and it is not too late. Please let us help you."

Recounting the manhunt to TV news station NY1 for the 40th anniversary of the arrest, Keenan said even he had been afraid of where the gunman might strike next.

"My daughter Joan was a teenager, and I had two other daughters," Keenan said. "And I was worried about them. I realized most fathers were in the same position: They were worried about their daughters. It became kind of a panic in the city."

The killer had been taunting investigators in letters to New York Daily News columnist Jimmy Breslin. In one, he offered detectives words of encouragement.

"Please inform all the detectives working the case that I wish them the best of luck," Berkowitz wrote. "Keep Em digging, drive on, think positive, get off your butts, knock on coffins, etc.

"Upon my capture I promise to buy all the guys working on the case a new pair of shoes if I can get up the money." 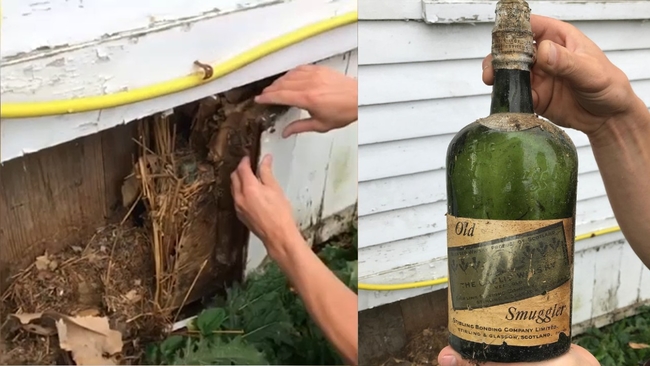