NYPD death by suicide is 2nd US officer within 24 hours 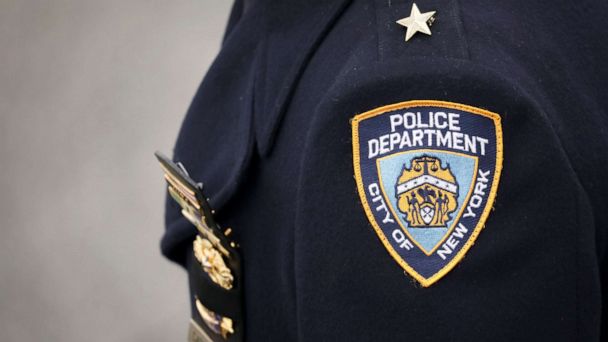 The death by suicide suffered on Tuesday by the New York Police Department was the second in the U.S. within 24 hours, continuing a worrying trend among law enforcement.

It was the NYPD's 10th so far this year, and it came on the heels of an officer in Montgomery County, Maryland, originally presumed murdered, dying by suicide less than a day earlier.

The NYPD confirmed a 35-year-old, off-duty sergeant died by suicide Tuesday night. The officer was discovered at his home in Queens with a self-inflicted gunshot wound and pronounced dead at Jamaica Hospital in Queens around 10 p.m.

In Maryland, a manhunt spawned by the death of an on-duty police officer, including a SWAT team and highway closures, was suspended after the medical examiner's office on ruled that he'd also died of a self-inflicted wound.

The two deaths highlight a growing epidemic in the U.S., as Blue H.E.L.P., a nonprofit that tracks law enforcement suicides, has reported that 169 officers have taken their lives so far in 2019.

"This is a problem that affects every police department, whether it's large or small. More officers will take their own life than die in the line the duty," Chuck Wexler, executive director of the Police Executive Research Forum, told ABC News.

PERF hosted a summit on law enforcement suicide in New York in April, bringing together departments from around the country to try and address the problem. The Big Apple has been hit especially hard this year.

"The tempo for the New York City Police Department is unforgiving -- job demands, financial restraints and living in New York is a challenge," said Jon Adler, the former Bureau of Justice Programs director at the Department of Justice and a former law enforcement officer in New York.

Adler said being in a large city could mean many officers are exposed to more or more stressful events, which Adler described as "a greater frequency and horrible scenes and scenarios, and what can knock down an officer's mental wall -- a sheer volume of negative memories can have a dire impact."

Nick Steen, a retired Secret Service Agent, told ABC News he believes the tides are changing for the law enforcement community, in terms of addressing the issue.

"As a senior leader, I believe that attitude is changing a bit, and I can say that the issue of suicide is being addressed, albeit slowly," Steen told ABC News. "Little things like having official ceremonies and having suicide recognized as in the line of duty death are helping."
Report a correction or typo
Related topics:
abc newsnational
Copyright © 2021 ABC News Internet Ventures.
More Videos
From CNN Newsource affiliates
TOP STORIES