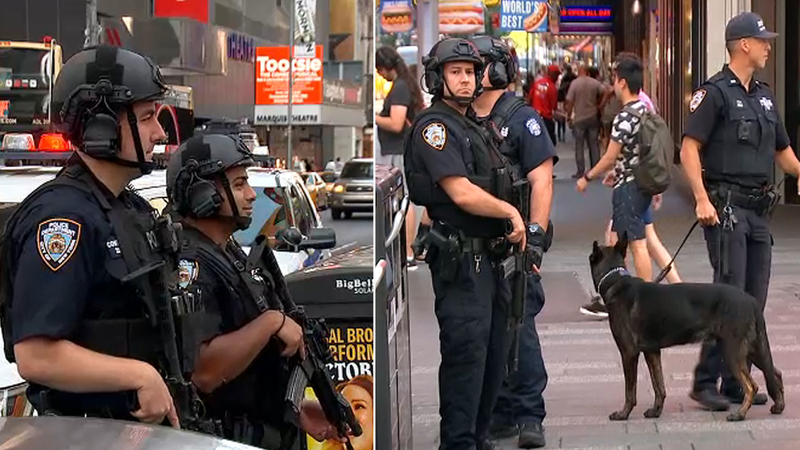 We are expecting to hear more about how the department is working with the FBI to take a fresh look at mass shootings: how to deal with them and to prevent them from happening.

New York has already seen increased patrols throughout the city following this past week's deadly shootings in Texas, Ohio and Brooklyn.

Deputy Commissioner of Intelligence and Counterterrorism John Miller said research suggests a mass shooting incident in one city can prompt someone in another city who may have been considering a similar action to accelerate their plans.

Miller also said 83 percent of these shooters leak their plans ahead of time on social media or to family members or friends.

All of this comes as communities in Brooklyn and the Bronx are coming together to mourn the more than two dozen people killed in El Paso and Dayton.

Concern about the impact of political rhetoric on potential shooters seems to be growing by the moment.

"What is happening on a national level, particularly from the White House - it is an alarm clock that has given rise to the sleeper cells throughout this country that have long held in their hearts the violence they have wanted to inflict on innocent people," said Brooklyn Borough President Eric Adams at a vigil Monday evening.

Investigators say they are watching what appears to be a growing connection between mental health, politics and domestic terrorism.