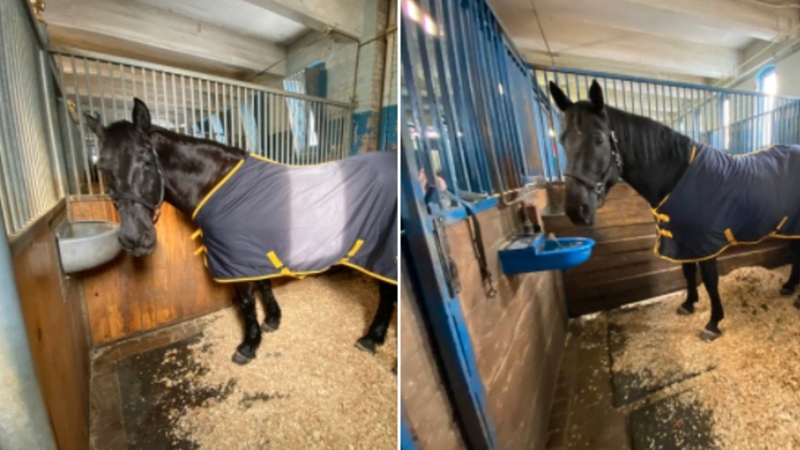 MIDWOOD, Brooklyn (WABC) -- Two NYPD horses, named Freedom and Samson, had a brief taste of freedom when they hoofed it off from their humans in Brooklyn on Thursday.

The incident unfolded around noon on East 8th Street and Quentin Road.

A sergeant and a police officer, both assigned to the NYPD's Mounted Unit, were on routine patrol when the officer suffered a minor medical episode.

Two NYPD horses decided to do a little "horsing around" and took off from their riders in Brooklyn.

The two dismounted and one of the horses become startled. Both ran away, galloping south on Ocean Parkway.

ESU responded and helped corral the horses in the vicinity of 2800 Ocean Parkway about 10 minutes later.

A man and his dog who were nearly killed when their home exploded in Baltimore have finally been reunited after he spent four months in a coma.

The horses were placed back inside their trailer and returned to the Mounted Unit, where they were stable.
The officers went to NYU Langone to be checked out.

One was treated for his minor medical episode. The sergeant's foot was stepped on by a horse's hoof, but he is also OK.

You might have seen @NYPDSpecialOps Mounted horses Samson & Freedom roaming around the streets of Brooklyn earlier today. Luckily, the officers are doing well & the horses are back in the stable. No more horsing around for these two. pic.twitter.com/0018OTyjeC