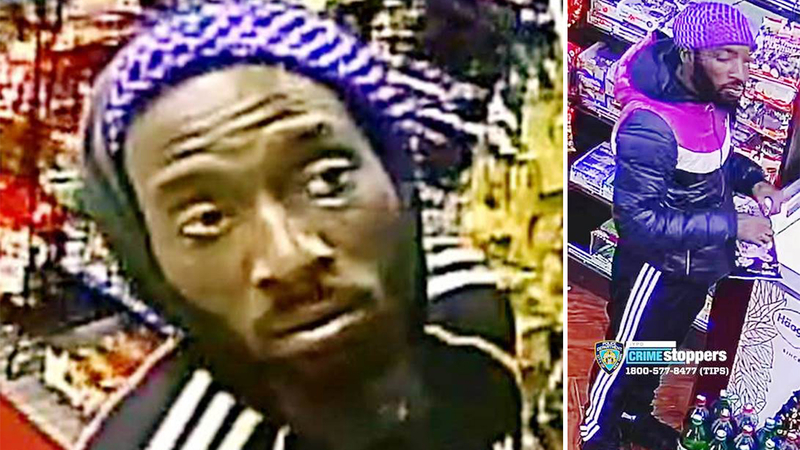 BUSHWICK, Brooklyn (WABC) -- Police in Brooklyn are searching for a man who threw a rock through a woman's basement window, crawled inside her apartment, and raped her.

It happened around 4:30 a.m. Wednesday near Central Avenue and Madison Street in Bushwick.

Authorities say the 22-year-old woman woke up from the noise and confronted the man, who forced her into a bedroom where he raped her.

The man then stole her cellphone and wallet with $65 in cash and credit cards before fleeing the scene.

The woman was taken in stable condition to Interfaith Hospital.

"She is going through a very difficult time," NYPD Chief of Detectives Rodney Harrison said. "She went through a horrific incident."

Police released very clear surveillance images of the man wanted in the rape taken before and after the attack. He can even be seen dancing at one point in the surveillance video.
EMBED More News Videos

The man can be seen dancing in one of the clips.

He's described as a black man in his mid 20s, approximately 5-foot-8 and 150 pounds with a thin build and a full beard.