NYPD: Man tries to rape woman pushing baby in stroller in the Bronx 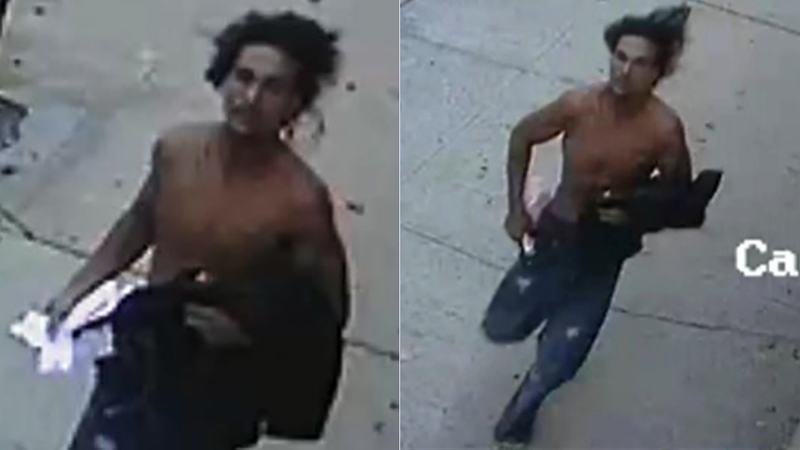 NYPD: Man tries to rape woman pushing baby in stroller in the Bronx

BAYCHESTER, Bronx (WABC) -- Police are searching for a man they say tried to rape a 20-year-old woman while she was pushing her infant in a stroller in the Bronx, and they're hoping surveillance video will lead to an arrest.

The incident happened around 8 a.m. Tuesday on the New England Thruway overpass as Steenwick Avenue in Baychester.

Authorities say the victim was walking with the stroller when she was approached from behind by an unknown male who grabbed her arm and pushed her to the ground. The suspect then pushed the stroller away and began touching the woman's breasts while attempting to kiss her, police said.

He also attempted to remove her pants, but he fled the scene after others approached them on the overpass. A woman who did not want to be identified tells Eyewitness News she was the first one on the scene and was alerted to the incident by a man walking off the overpass who nonchalantly mentioned as he passed that there was a woman being attacked.

She said she ran to the woman's aid and began kicking the man, who she says looked at her and asked what he was doing wrong.

"She was smart enough to scream," he said. "She screamed, cause she wasn't afraid, but any dangerous situation is going to be. But her mannerism was, if I yell hard enough, someone is going to hear...She was shaken. She was very hysterical. Her hair was not arranged because the guy must have grabbed her up top."

The victim was not injured and refused medical attention at the scene.

The suspect is described as a Hispanic male in his early 30s, approximately 5-foot-7 and 160 pounds with brown eyes, a medium build and light complexion, and long black curly hair. He was last seen wearing blue jeans,