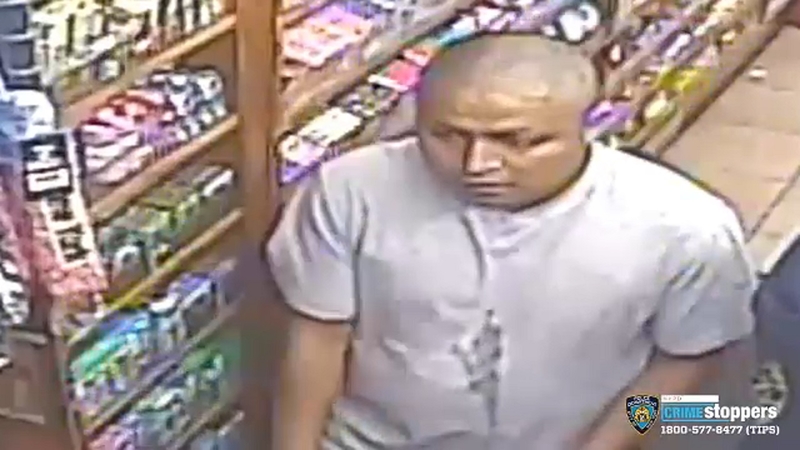 Police: Man wanted for raping woman who asked for directions in Hell's Kitchen

HELL'S KITCHEN, Manhattan (WABC) -- Police have released new video of a man wanted for raping a woman who asked for directions in Hell's Kitchen.

The incident happened shortly before 1 a.m. on October 6 in Hell's Kitchen.

Police say the 31-year-old woman from Yonkers had come out of a subway station on her way to a friend's home and was apparently lost when she asked for directions.

The suspect offered to help, then allegedly grabbed her by the arm and led her to a building near West 51st Street between Eighth and Ninth Avenues, where he forced her down a flight of stairs into the basement.

There, authorities say he raped her before fleeing north on Broadway at 52nd Street.

The victim suffered bruising to her right arm, back and right leg. She was taken to an area hospital in stable condition.