Will burglar who fatally pushed officer off roof in 1989 get parole? 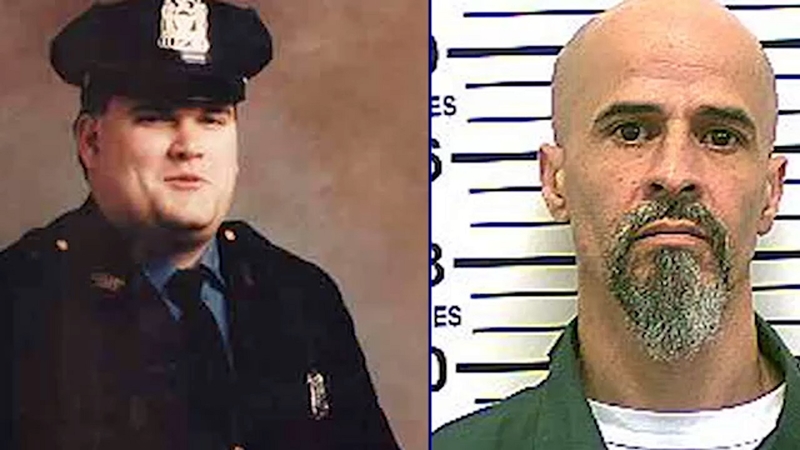 Will burglar who fatally pushed officer off roof get parole?

MIDTOWN, Manhattan (WABC) -- The only time Marjorie Dwyer is forced to hear the name of the man who killed her son is when her family appears before the New York State Parole Board to ask it to keep Eddie Matos exactly where he is - inside a New York State prison.

"It's horrible, absolutely horrible - it's like having a cop knock on your door again and tell you something happened to your son," Dwyer said.

Her son, NYPD Officer Anthony Dwyer was In pursuit of Matos for a McDonald's burglary in Times Square, when Matos pushed him off a rooftop in 1989. Dwyer got stuck in an airshaft. His lungs collapsed with every breath, and slowly he died.

"Now he can say he's sorry. He should have said it 27 years ago," said the officer's mother.

Two weeks ago, convicted cop killer Herman Bell was released on parole. The PBA fought hard against that decision - a scary one for Dwyer's mother.

"They let that guy out and I said 'please, God, this is not going to be a continuous thing that every cop killer that's up for parole is going to get out, walk out free. It's not right," she said.

The parole board did not make a decision Friday and will be announced at a later date.