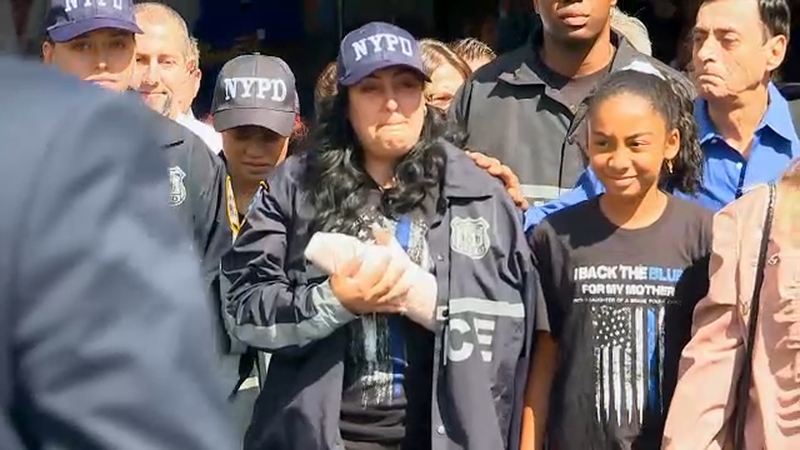 CLIFTON, Staten Island (WABC) -- The NYPD officer who was wounded during a shootout with a suspect on Staten Island Tuesday is being released from the hospital.

Officers responded to a domestic violence call on Prince Street in Clifton and attempted to arrest 39-year-old Gregory Edwards, but he resisted.

Police deployed a Taser, hitting the Edwards' back. He then pulled out a gun and fired two shots, and one Officer Venesa Medina in the wrist.

One of the officers fired three shots, killing Edwards.

Authorities say Edwards has a criminal record that includes 16 arrests on domestic assault and weapons charges. He served five years in prison for shooting two people in 2004.

This is what a hero looks like! Amid cheers of support, Officer Venesa Medina, wounded in a shootout with a suspect yesterday, has been released from the hospital. Much to be grateful for as she’s expected to make a full recovery. pic.twitter.com/fT2WpkHJHN

The 30-year-old officer has served at the 120 Precinct on Staten Island for three years. She was appointed to the department in January 2016.

"I want to tell you our officer today acted heroically, bravely, professionally. It's extraordinary," he said.