Josh Einiger reports on the ninth NYPD death by suicide this year.

NEW YORK (WABC) -- For the ninth time this year, a New York City police officer has died by suicide.

The veteran off-duty officer died of a self-inflicted gunshot wound at his home in Laurelton, Queens, on Wednesday evening.

Sources say the officer's wife and two children, ages 18 and 11, heard a shot, ran to see what it was and found him.

He was taken to North Shore in University Hospital where he was pronounced dead.

It is the seventh time since June that an NYPD officer has died by suicide, and the second this week.

Early Tuesday morning, an officer was found dead inside his Yonkers home of an apparent self-inflicted gunshot wound.

Mayor Bill de Blasio called this crisis extraordinarily painful during an appearance last night on "The Daily Show." His own father died by suicide.

"Today I sent a message out to the NYPD that was very personal," Mayor de Blasio said. "So I hope that message, I hope all the other things we're doing to reach our officers will help people come forward and get help for themselves. And to save themselves and save their families who will miss them."

In response to union concerns, the mayor said officers' health insurance would be adjusted to include increased coverage for mental health needs and pledged to do whatever it takes to stop the cycle of sorrow.

The spate of officer suicides has prompted Police Commissioner James O'Neill and Chief of Department Terrence Monahan to convene mental health experts. They're considering putting peer counselors and clinicians in each precinct.

"We are bringing in what outside resources we can into the agency to talk to our cops," Monahan said on Tuesday. "We are also making a lot of changes within the organization itself. We are looking to get peer counselors so cops at each level. If you are in crisis you can go talk to someone at your level that will have the training. We are working with Thrive to get these cops training, we just put it out. We are getting a lot of volunteers. We are looking to hire a lot more counselors."

"We're supposed to be tough and that's OK, it comes with the line of work, but where's the outlet for that," said O'Neill. "You're not gonna go home and talk about it, you're not gonna talk to your family about that. The critical step forward here is peer support and then once we steer that person to help, that that help's effective. And they understand this is not an end to their career."

More police officers have died by suicide this year so far than in the line of duty, the statistics show.

If you are a member of the NYPD in crisis or know someone who is, you can text "Blue" to 741741 for help. Out of respect for the families, Eyewitness News is not naming them.

The National Suicide Prevention Lifeline provides 24/7, free and confidential support for people in distress, prevention and crisis resources for you or your loved ones, and best practices for professionals. The number to call is 1-800-273-8255. 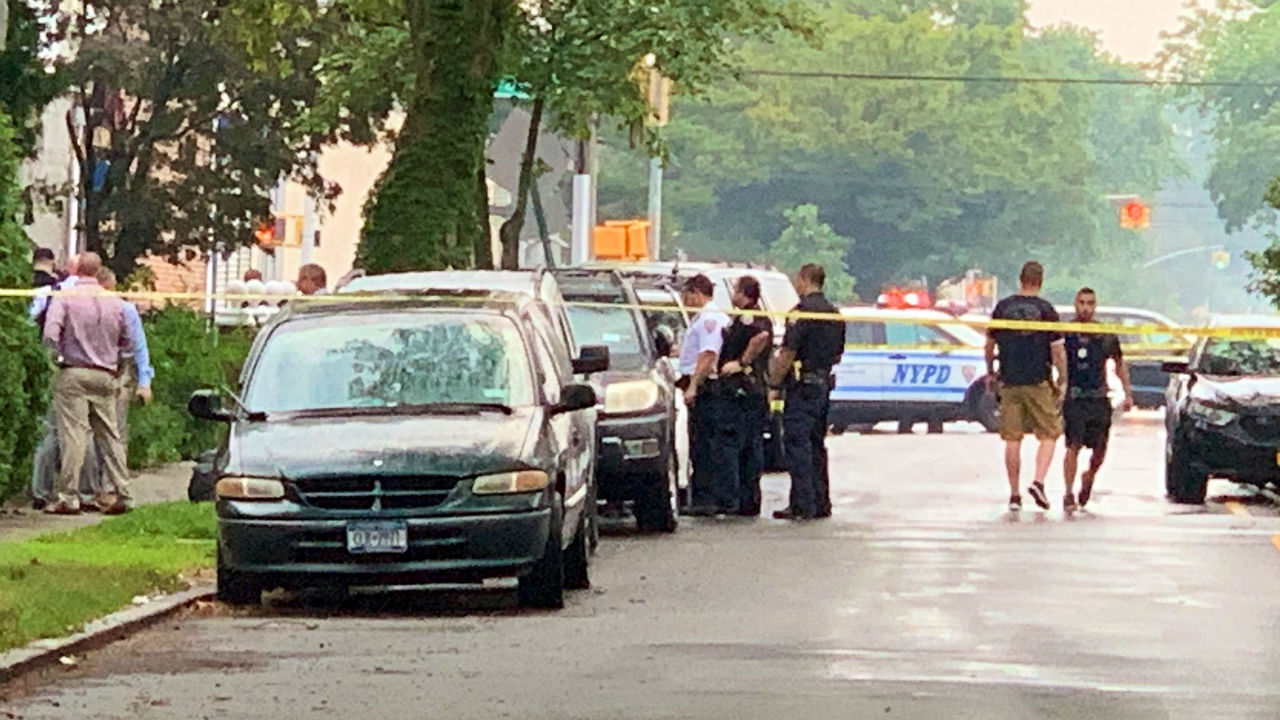