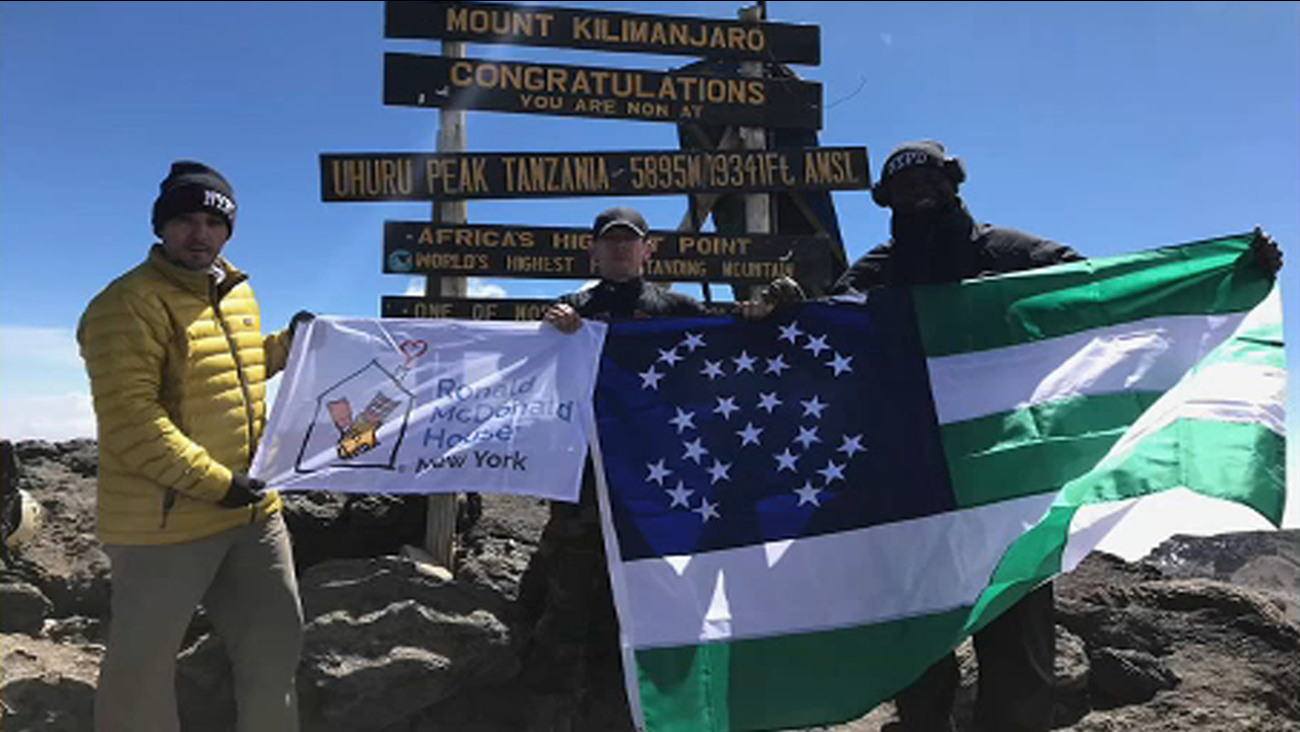 NEW YORK (WABC) -- A group of three police officers have taken the NYPD to new heights as part of a mission to help children with cancer.

Lieutenants Emmanuel Kwo and Charles Trento, as well as Detective Nicholas Anastasakos, have reached the peak of Mount Kilimanjaro in Africa.

It took them seven days to climb one of the world's tallest and most challenging mountains.

They said their motivation came from the loss of a fellow officer.

Almost three years ago in the Bronx, Kwo was grazed by a bullet in the line of duty. He believes he was spared by Sergeant Paul Tuozzolo, who died warning Kwo and others about a gunman opening fire.

"I think it's my duty almost to ensure that Paul's sacrifice that day was not in vain, and that everything I do would be something he would be proud of, something that would make him proud," said Kwo.

The trio's goal was to raise money for the Ronald McDonald House, which provides housing for familes whose kids are being treated for cancer.

The officers trained for months, running up stairs, on treadmills and cycling through endless conditioning for the epic trek.

They paid for the trip out of their own pockets to make sure every dollar donated to their cause reaches its destination.