NYPD officers shoot suspect in leg, say he drove stolen van at them in Brooklyn 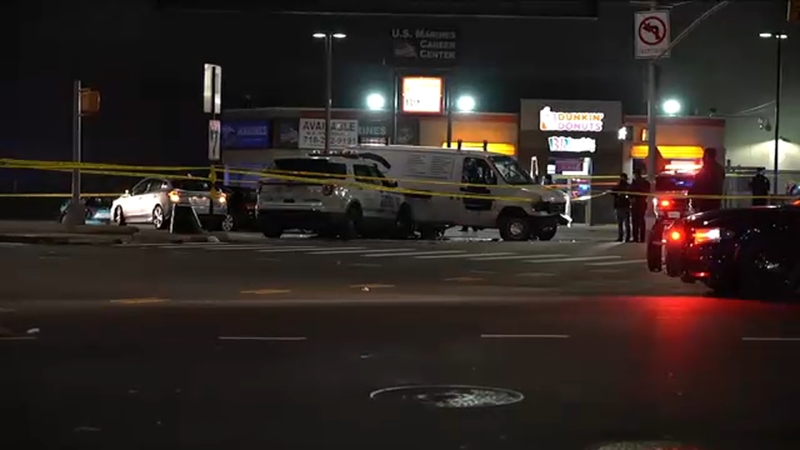 BROWNSVILLE, Brooklyn (WABC) -- A man was shot by police after they say he drove towards them in an apparently stolen van in Brooklyn Wednesday night.

It happened at 8:55 p.m. at Georgia and Pitkin Avenues in Brownsville.

One suspect was taken into custody at the scene, but the other jumped into a second stolen van and drove towards them.

Two of the officers opened fire.

He was shot in the leg by a bullet that apparently went through the stolen van.

They followed after the van to Jamaica and Pennsylvania avenues where it collided with a parked police vehicle.

The 61-year-old was taken to Brookdale University Hospital for treatment.

The officers involved were taken to Jamaica Hospital for treatment and were not seriously injured.

"The investigation is ongoing and being conducted by the Force Investigation Division in conjunction with the Detective Bureau," the NYPD said.

Charges are pending against the suspects.