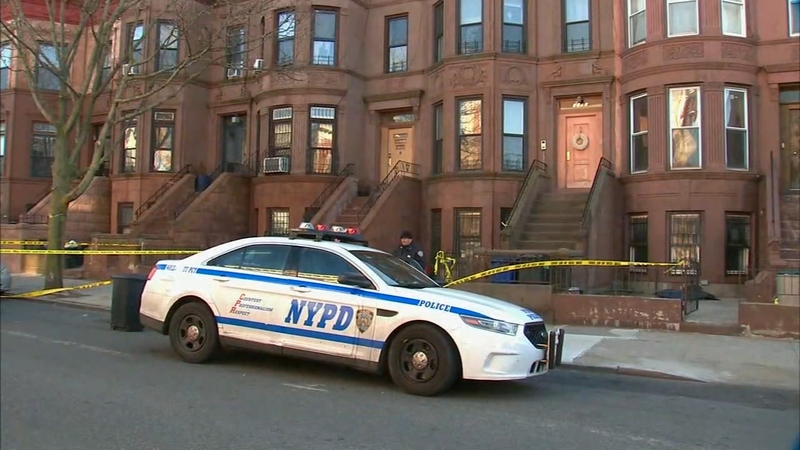 CROWN HEIGHTS, Brooklyn (WABC) -- The NYPD has suspended two officers who responded to check on the Brooklyn woman who was later found dead in a stairwell.

The officers, who are assigned to the 77th Precinct, were initially called to the home on Sterling Place in Crown Heights to check on 22-year-old Tonie Wells, but didn't find anything and left.

Their actions, including whether they actually checked on Wells, are now under investigation. The department said the initial welfare check call came in at 8:40 a.m. Different officers found the body after another call was placed around 10 a.m.

"We are conducting an internal investigation to look into the actions of those two police officers, and quite frankly, everybody in response to that incident. We dont have anything finalized yet. I talk about my pride in the NYPD each and every day, and if unfortunately there are times that we don't live up to that standard, it's up to us. We need to fully investigate that. If discipline needs to be dealt out, we will do that," NYPD Commissioner James O'Neill said.

Meanwhile, Brooklyn Borough President Eric Adams said he calling for "decisive action in response to this horrific tragedy, including changes in law enforcement's response to incidences of domestic violence."

Wells was later discovered dead at the bottom of the staircase of her home with bruises on her neck. Her young child was in the home at the time.

Investigators later took a person of interest into custody in the case.