EAST VILLAGE, Manhattan (WABC) -- A woman is under arrest after she allegedly struck two NYPD officers with her car during an attempted traffic stop Thursday night, and one of the officers is under investigation for firing shots at her vehicle.

Police said Veronica Jagdeo was arrested Friday, and she was charged with two counts of assaulting an officer, reckless endangerment, and fleeing from an officer.

The wild chain of events began at 8:50 p.m. when officers on patrol tried to stop a black BMW sedan at East 92nd Street near Second Avenue. They wanted to stop the driver for a tinted windows violation.

Police said they smelled marijuana in the car, which was occupied by four people.

Suddenly, the BMW attempted to flee, striking one in the elbow officer and the other in the hand, and fled south on the FDR Drive.

Officers tried to stop the BMW again at East 15th Street and the FDR. As police approached the car, it went into reverse, nearly striking the officers and hitting their vehicle.

As the BMW fled back onto the FDR, one of the officers fired six shots at the vehicle. The NYPD said this officer may have violated department guidelines, and as a result, he's been placed on modified assignment.

The vehicle was found abandoned with its windows shot out on the Houston Street exit ramp of the FDR.

One of the passengers, 26-year-old Jason Mohammed, apparently took himself to the hospital for treatments of fragments to his shoulder. He is currently being held on a parole warrant.

The FDR Drive was closed south of 23rd Street for the investigation but has since reopened. 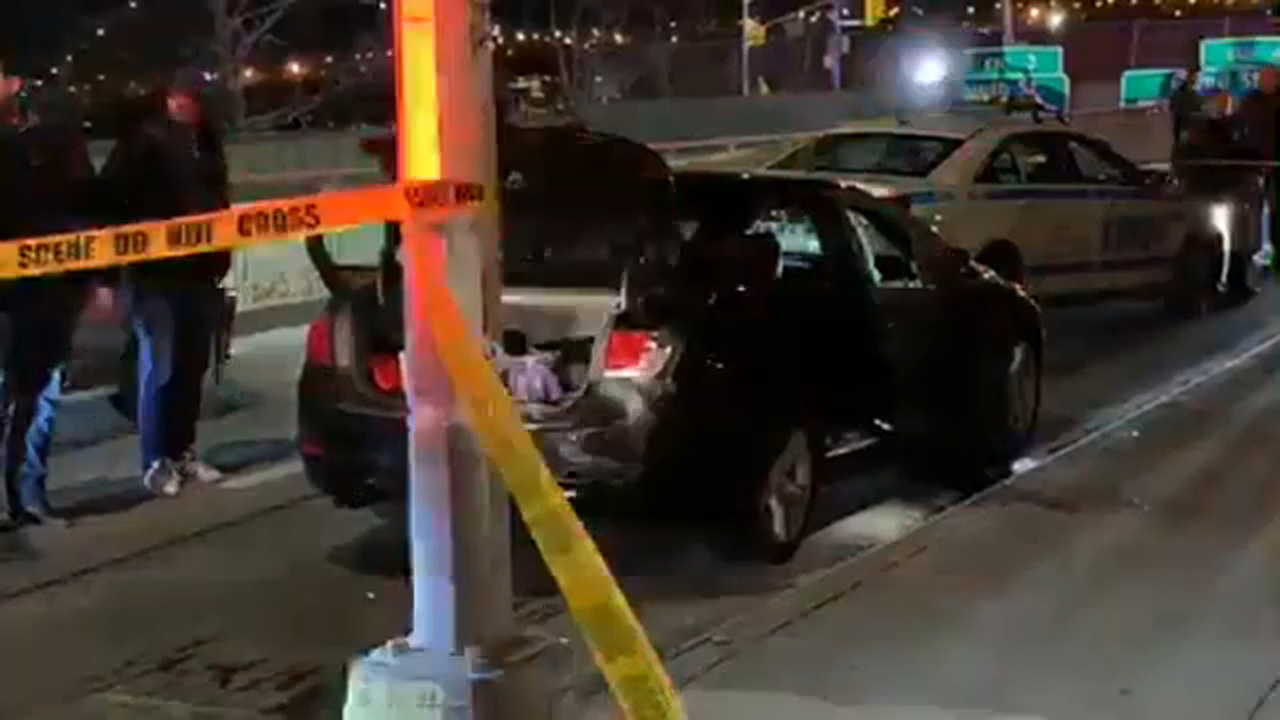 NYPD officer struck by vehicle on Lower East Side