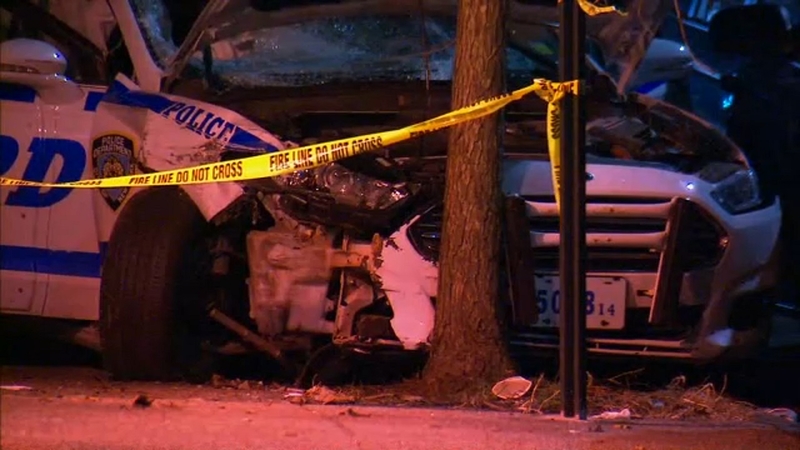 EAST NEW YORK, Brooklyn (WABC) -- A man suffered two broken legs after he was hit by a police cruiser in Brooklyn.

Police were responding to reports of an active shooter at the Livonia train station just before 7 p.m. Saturday.

The officers were on New Lots Avenue, making a turn on Jerome Avenue in East New York, when they saw a small child in the middle of the street.

The cruiser swerved to avoid hitting the child, and ended up hitting a 32-year-old man, a parked car, and eventually a tree. The man suffered two broken legs, and is expected to survive.

The active shooter report was unfounded.