Marcus Solis reports on the police involved shooting in the Bronx.

WAKEFIELD, Bronx (WABC) -- Police are investigating after an armed man was shot and critically wounded by an NYPD officer in the Bronx Wednesday evening.

Officers responded to reports of gunshots at White Plains Road and East 241st Street in the Wakefield section just after 7:30 p.m.

Police say the officers saw a man with a gun and yelled, "Don't move, drop the gun," but the man pointed his gun at the officers, NYPD Chief of Patrol Rodney Harrison said.

One of the officers fired one round, hitting the man in the torso.

He fled on foot on White Plains Road, but after about 200 feet, he collapsed and was apprehended.

Police later discovered another man had been shot in the arm, also on White Plains Road. He was hospitalized in stable condition.

The suspected gunman was listed in critical condition.

Video showed the two involved in an altercation outside a produce store. Police say the suspect fired multiple shots that were heard by anti-crime officers in the area.

Police recovered a gun at the scene.

Two officers were taken to Montefiore North Hospital to be treated for tinnitus.

This is the third police-involved shooting in the city in about a week.

NYPD briefing on the shooting: 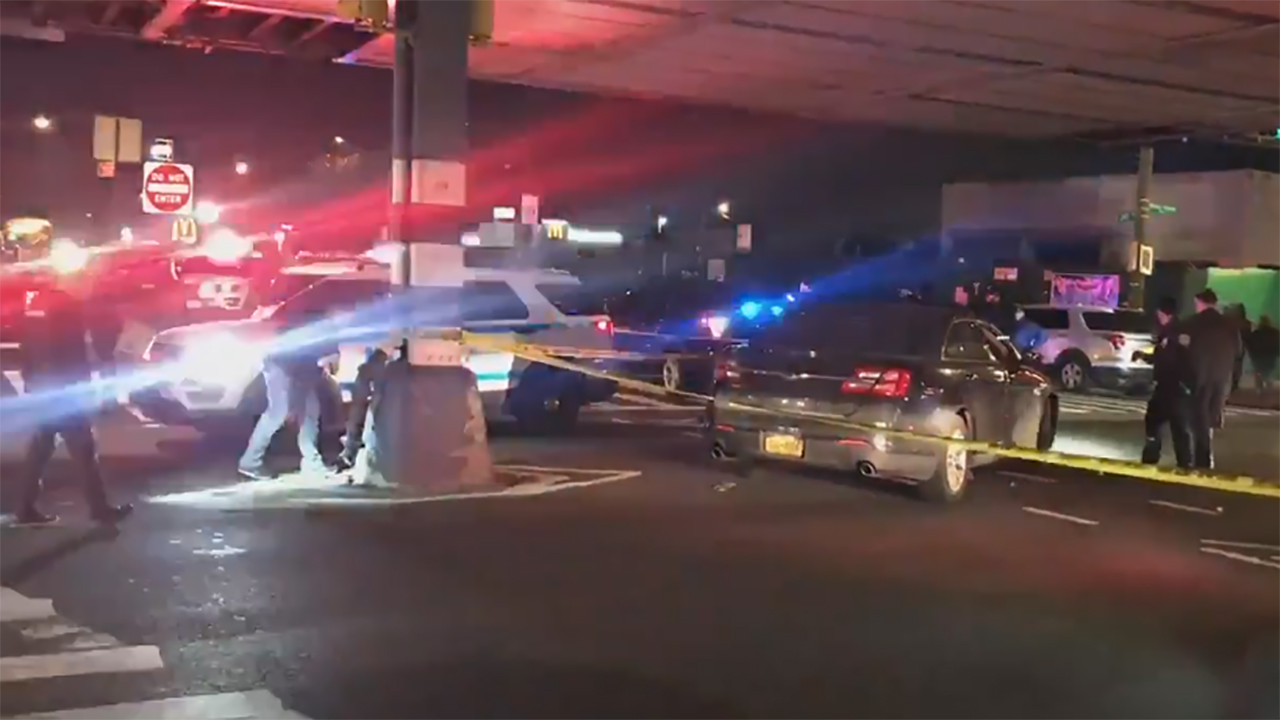