WABC
By Eyewitness News
SPRINGFIELD GARDENS, Queens (WABC) -- The NYPD released a sketch on Wednesday night of a man they're looking to speak with in connection with the package explosion in Queens last week that killed a man.

The explosion that killed 73-year-old George Wray is also now being investigated as a murder according to police.

NYPD investigators looking into the incident revealed Wednesday that Wray was not the intended target of the package, nor was anyone else living in the building, but they now have a good idea who or what the actual target was.

Police say the cylinder left on the front porch of the Springfield Gardens home was filled with a black powder, similar to the kind used in fireworks. 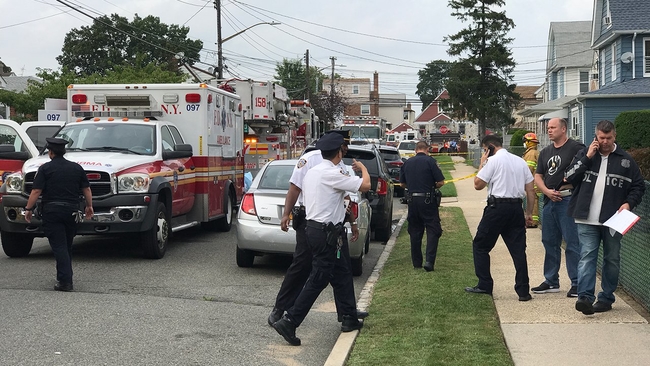