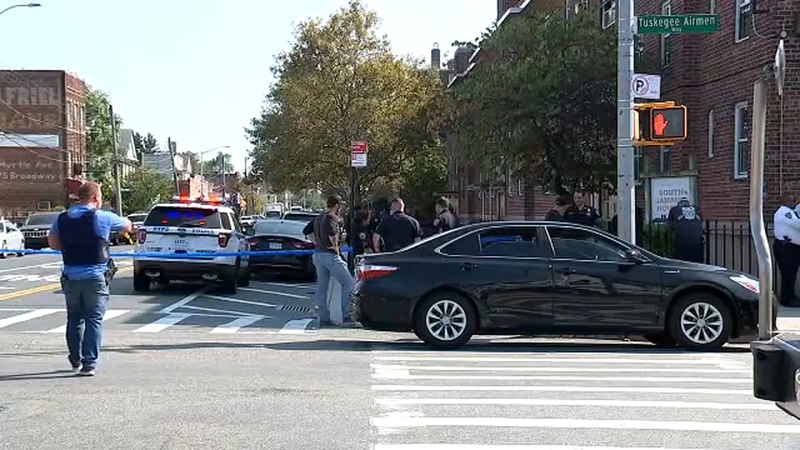 JAMAICA, Queens (WABC) -- Police said a man allegedly shot his accomplice in the head during an apparent robbery in Queens Tuesday.

Police said a struggle ensued among the three, and the 46-year-old alleged robber ended up accidentally shooting his 24-year-old accomplice in the head.

The 24-year-old, identified as Tyrell Simms of Brooklyn, was pronounced dead at Jamaica Hospital.

The 46-year-old allegedly tried to run away but was taken into custody.

A gun was recovered at the scene, and charges are pending.