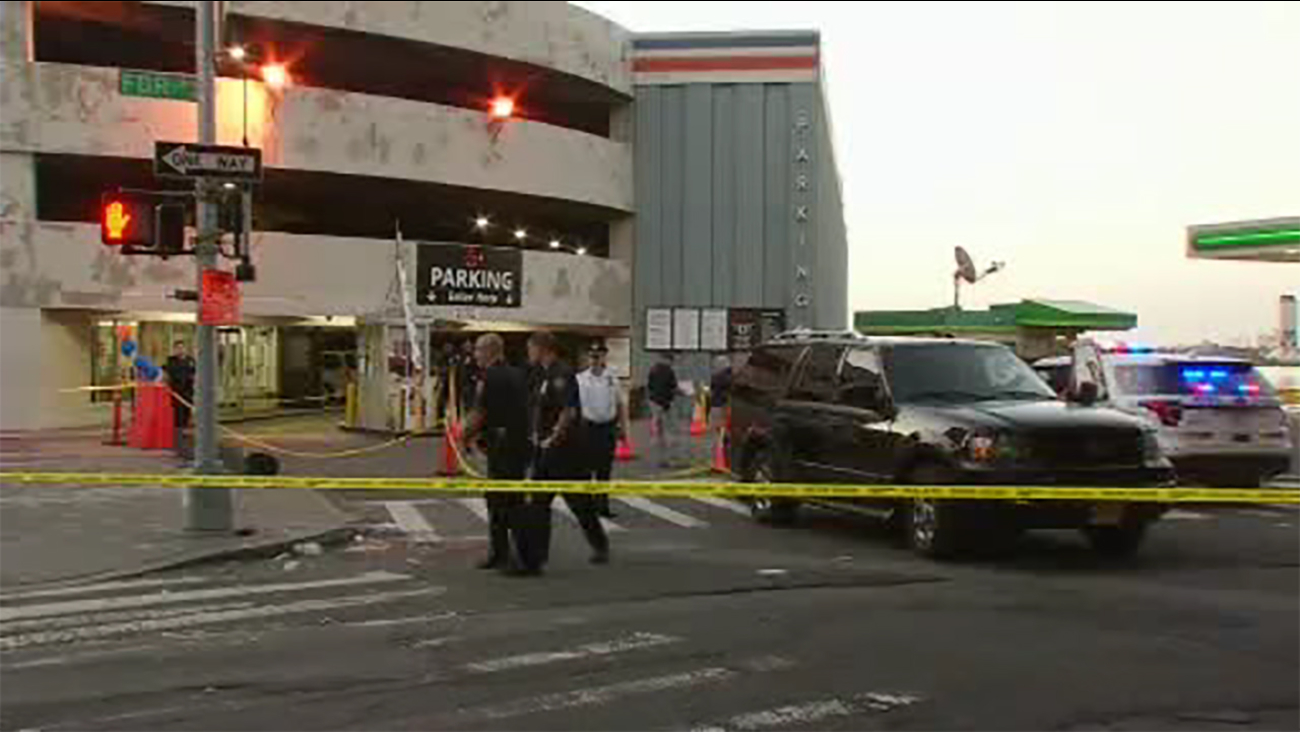 NEW YORK (WABC) -- The NYPD says a shot was fired by a police officer responding to a dispute in Manhattan early Sunday morning.