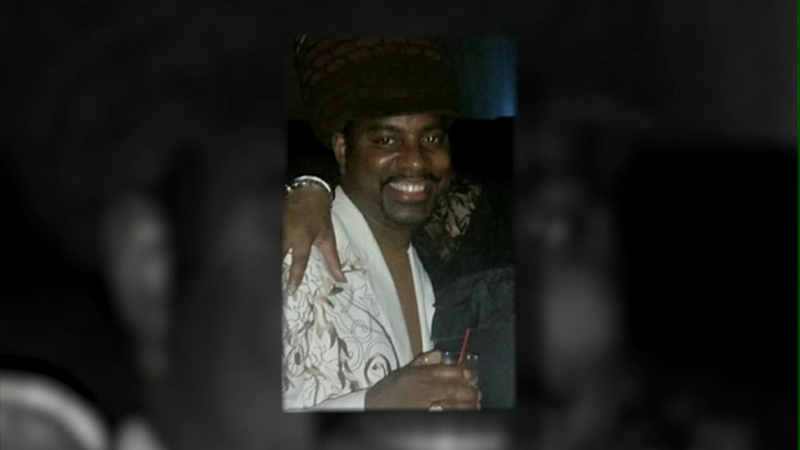 BEDFORD STUYVESANT, Brooklyn (WABC) -- A family is preparing to file a lawsuit against New York City, claiming police are to blame for the death of their loved one.

Robert Fason, 44, was shot on the sidewalk in Brooklyn on June 30. NYPD officers arrived at the scene after they learned that shots had been fired, but the family says they never got out of their patrol car, and as a result, Fason lay dying for hours.

Those officers, Lisa Lovell and Roberto Anton, are now suspended pending the outcome of an internal investigation.

Fason's family is getting ready for a funeral Friday, but first, they joined their attorney in Midtown Thursday to express their belief that Fason's life could have been saved had police simply done their job.

"He was a good person," wife Aloma Fason said.

Emotions are still raw and plenty of questions still remain answered after Fason was gunned down by three individuals outside a bar in Bushwick.

"I feel that if someone would have got out of that car, meaning the police officers, I think that would've been a chance," brother Melvin Fason said.

The family has now officially notified the city that it plans to sue, arguing that the responding officers -- despite 911 calls from nearby residents, a call from the victim himself, and alerts from the city's gunfire detection system known as ShotSpotter -- never even got out of their car to search for any potential victims. Meanwhile, Fason lay dying in the street after making his way two blocks from the bar in Bedford-Stuyvesant.

"Upon arrival, officers, right now, according to the investigation, did not get out of their car," NYPD Chief of Patrol Rodney Harrison said.

Police didn't find Fason until 6:30 a.m., three hours after the gunfire erupted and calls were made to authorities. He was already dead.

"There is simply no excuse for allowing a man suffering from a gunshot wound, for whom 911 has already been called, to simply lay there and bleed to death," attorney Andy Laskin said.

It's still unclear whether the two officers simply did not see Fason or intentionally ignored the dying man, who the family says was 6-foot-3 and 250 pounds and wearing white.

"Why didn't they just look and see?" Aloma Fason said. "They didn't apologize to any of us. And we do need answers."

The family is now seeking up to $50 million. Fason will be laid to rest Friday. The official lawsuit will be filed within two weeks.