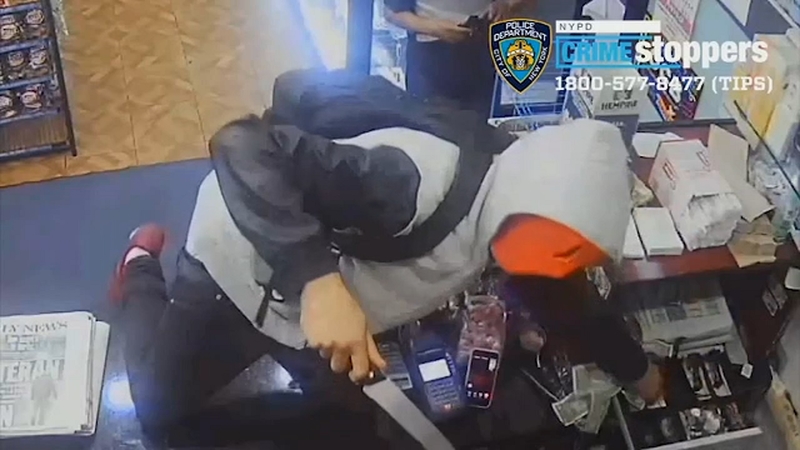 NEW YORK (WABC) -- Police are searching for a man they say was waving around a kitchen knife as he ransacked a cash drawer while shouting threats.

Victims described the robber as crazed as he hit three locations in Brooklyn and Manhattan over a 24-hour span.

Video from inside the Super Star Deli shows the man jumping over the counter Sunday night, waving a knife around and shouting. He got away with just $20.

The next day, authorities say the same man hit two pizzerias in Lower Manhattan and the Lower East Side. He got away with more than $500 in those two robberies.

The areas he hit were well-lit and had plenty of cameras, and his face was captured clearly as he put on a distinctive red hat.