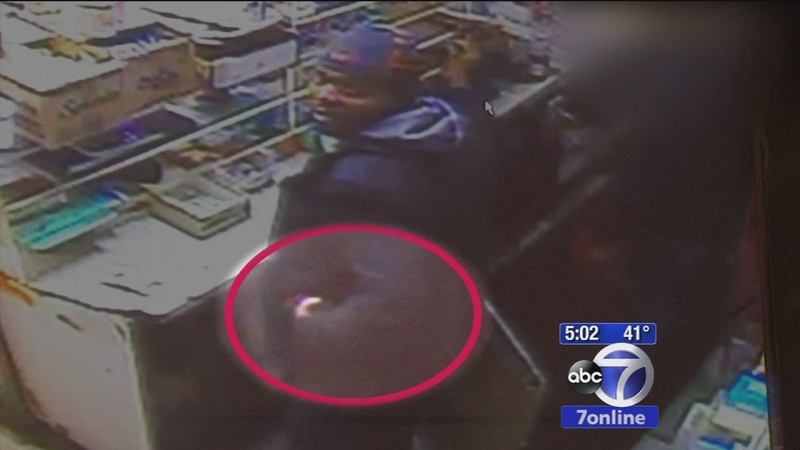 BEDFORD-STUYVESANT (WABC) -- As first reported by Eyewitness News, a raid on a deli by an NYPD narcotics squad has resulted in one detective being suspended without pay and his supervisor put on desk duty.

The store manager says that while police were arresting his workers for selling illegal cigarettes, one of them was robbing the store.

And all of it, he says, was caught on camera.

The next day, the 73rd Precinct provided manager Ali Abdullah with a receipt documenting that $593 had been seized during the raid. But then he noticed nearly $3,000 in store rent money missing from a box he kept hidden under the counter.

"I was thinking it was robbery, because I never seen the video," he said. "I'm missing $2,650. Two thousand six hundred and fifty, my rent money for the store, was in the box."

Abdullah, who wasn't in the store at the time of the raid, says he assumed employees were responsible.

That is, until he looked at the video from the store security cameras, which caught the raid and showed detectives making the arrests and bagging the register money and cigarettes for evidence. But Abdullah was stunned at what he saw next.

"They were taking it for themselves," he said. "Yes, yes."

He says the video showed a crime unfolding, as one of the detectives discovers the rent money box under the counter. Then Detective Ian Cyrus grabs a handful money out of the box before bending down, as if hiding behind a door, his back to the surveillance camera. When he stands up, he appears to be putting the stack of money in his coat pocket.

"I look at my system, I see the officer took the money," he said. "It's crazy...At least give it to the sergeant. But he cannot put it in his own pocket."

Abdullah says when he saw the video, he called the nearby precinct, who sent a supervisor to the deli to look at it. And when they saw it?

It was only after Eyewitness News started asking the NYPD questions that Internal Affairs began to investigate.

Just hours before we broke the story, Cyrus was suspended without pay and his supervisor stripped of his gun and badge and placed on desk duty.

A person who answered the phone at Cyrus' home declined to comment.