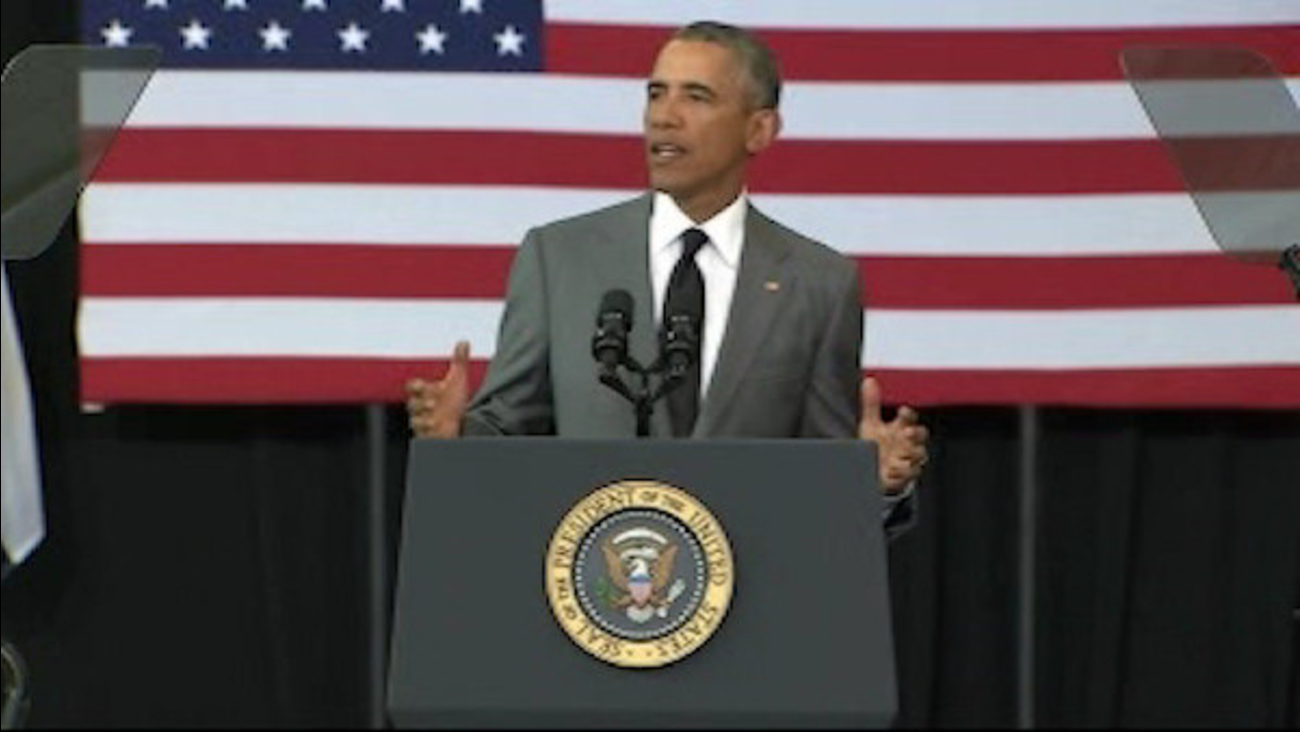 Democratic Sen. Barbara Mikulski of Maryland became the crucial 34th vote in favor of the agreement.

"No deal is perfect, especially one negotiated with the Iranian regime," Mikulski said in a statement. She called the accord "the best option available to block Iran from having a nuclear bomb. For these reasons, I will vote in favor of this deal."

The backing from Mikulski, who is retiring next year, gives supporters the margin they need to uphold an Obama veto of a congressional resolution of disapproval if Republicans pass such a measure later this month.

And it spells failure for opponents of the international agreement who sought to foil it by turning Congress against it. Leading that effort were Israel and its allies in the U.S., who failed to get traction after spending millions of dollars trying.

The agreement signed by Iran, the U.S. and five other world powers limits Iran's nuclear program in exchange for hundreds of billions of dollars in relief from international sanctions. Republicans and Israeli officials contend that concessions made to Iran could enable the country to wreak havoc throughout the Middle East.

There was no immediate reaction from the Israeli government of Prime Minister Benjamin Netanyahu, who has personally lobbied U.S. lawmakers to block the nuclear pact.

Secretary of State John Kerry is sending a letter to all members of Congress Wednesday outlining U.S. security commitments to Israel and the Gulf Arab states in light of the nuclear deal. The letter comes as Kerry delivers a major policy speech in Philadelphia that focuses on how the international agreement makes the U.S. and its allies safer.

With opposition to the agreement failing to take hold on the Democratic side, supporters may even be able to muster the 41 votes needed to block the disapproval resolution from passing in the first place, sparing Obama from having to use his veto pen. That would require seven of the 10 remaining undeclared senators to decide in favor of the deal.

Only two Democratic senators have come out against - Chuck Schumer of New York and Robert Menendez of New Jersey - while in recent weeks undeclared Democratic senators, even from Republican-leaning states, have broken in favor one after another.

Even if Congress passes the disapproval resolution, it can't stop the deal reached by Iran, the United States, Britain, France, Germany, Russia and China. It might help congressionally mandated sanctions remain in place. But the U.N. Security Council unanimously already endorsed the nuclear deal in July through a resolution outlining how lift international sanctions on Iran would be lifted.

Interviewed on MSNBC's "Morning Joe" program Wednesday, Kerry said that the absence of an agreement could lead to a nuclear arms race in the region. Putting the deal in place, he said, will keep other nations "from chasing a weapon on their own." Republican critics of the deal argue the opposite, saying nations such as Saudi Arabia may now be spurred to pursuing nuclear programs of their own.

Kerry said that if the U.S. rejects the deal, it would confirm the fears of Iran's leaders "that you can't deal with the West, that you can't trust the West."