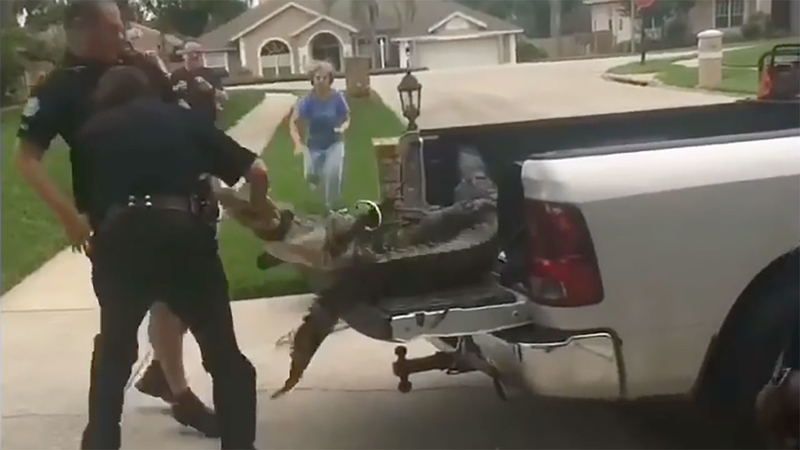 OCOEE, Fla. -- An alligator roaming through a central Florida neighborhood head-butted a trapper, knocking him out cold in a last-ditch effort to escape.

The incident, which was caught on video, caused quite a disturbance Tuesday along a residential street in Ocoee, which is near Orlando.

"It was a pretty good size," neighbor Jim Jarrells told WKMG-TV. "It was pretty fat."

Video taken by an eyewitness shows a Florida Fish and Wildlife trapper putting the 8-foot gator in the back of a truck. The feisty, tied-up alligator lashed out and head-butted the trapper. The trapper fell to the ground as police and another trapper worked to get the gator back inside the truck.

Neighbors say the alligator, which was eventually subdued and released into a nearby lake, was walking through front yards before trappers arrived.

"We don't really have any bodies of water here in the neighborhood, so to see it come from some distance...was pretty surprising," Jarrells added.

A neighbor can be seen in the video attending to the injured trapper, who an eyewitness said was okay.