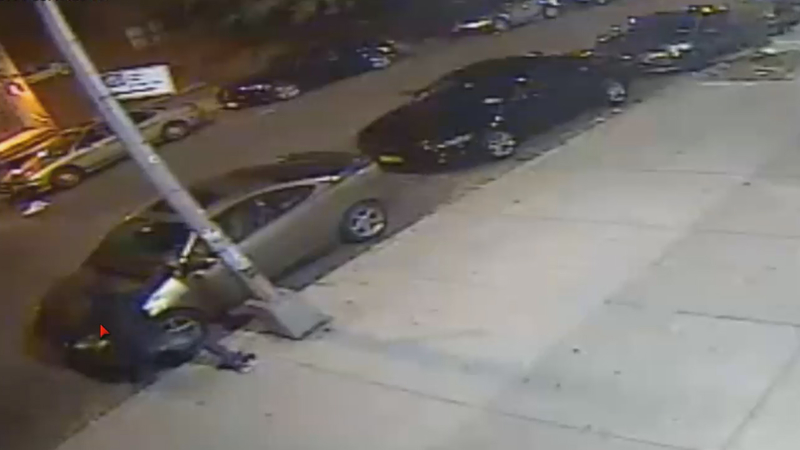 MOTT HAVEN, Bronx (WABC) -- An off-duty NYPD officer was grazed by a bullet in the Bronx early Tuesday morning.

It happened around midnight at East 137 Street and Brook Avenue in the Mott Haven section.

Police say two groups of men started shooting at each other, and caught in the crossfire was an off-duty officer sitting in his personal vehicle parked on the street.

The officer was grazed in the left shoulder. He was treated and released from Lincoln Hospital.

"14 shots fired, we have four vehicles that have been hit, one shot that went through the window of a resident," said NYPD Chief of Detectives. "Luckily no one is hit there."

An off-duty NYPD officer was grazed by a bullet.

Cellphone video shows the officer on the ground, being attended to by fellow cops who rushed to the scene.

"Every day, it's something over here," area resident Theresa Webb said. "You really don't know if it's a gunshot or a firecracker."

As neighbors made their work to work and school Tuesday morning while dodging investigators and crime scene tape, many admitted the gunfire doesn't surprise them. It's become a way of life there.

"Just pray every day it's not you or your loved ones," Webb said.

Investigators say they've recovered bullet fragments, and they are continuing to collect evidence.

The officer was not the intended target.

Police posted flyers around the neighborhood offering a $12,500 reward. So far, no arrests have been made.